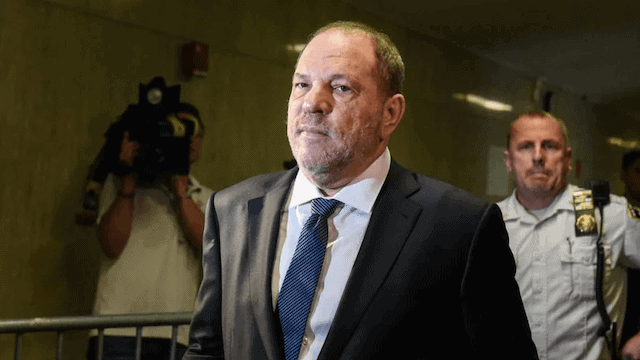 A judge ruled this Monday that a human trafficking law can be used in a civil lawsuit against Harvey Weinstein.

The suit is being brought by one of Weinstein’s former consultants Alexandra Canosa, who says he raped, sexually abused, intimidated, and harassed her during what he says were business meetings.

Canosa says Weinstein threatened that she’d lose her job and that he’d ruin her career in the entertainment industry if she rejected his sexual advances.

U.S. District Judge Paul A. Engelmayer said Carnosa had “plausibly alleged” that Weinstein knowingly enticed or recruited her knowing he would use force or fraud to cause her to engage in a commercial sex act. Her lawsuit alleged that she expected and received career advances after coerced sexual activity.

The judge rejected arguments by Weinstein’s companies that the sex trafficking law was inappropriate because the lawsuit’s allegations were not the kind that the law was passed to address.

He wrote that arguments that the law was designed to “reach only caricatures of child slavery, and to exclude corporate-supported conduct, is wholly unpersuasive.”

“That the TWC Companies, as alleged, enticed Canosa to meet with Weinstein through the promise of production deals rather than the promise of crack, does not remove their conduct from the ambit of the statute,” added Engelmayer.

“Nor does the fact that, as alleged, the companies enabled Weinstein to force sexual acts on Canosa in expensive hotels rather than brothels.”

Judge Engelmayer’s ruling confirmed that of Judge Robert W. Sweet, who ruled last year in another civil lawsuit against Weinstein that the sex trafficking law was applicable.

Weinstein’s lawyer Elior Shiloh says the judge erred in allowing human trafficking law to apply to Weinstein’s case, and that defense lawyers are confident that they will defeat the claim.