India’s child trafficking trade revealed - FreedomUnited.org
This website uses cookies to improve your experience. We'll assume you're ok with this, but you can opt-out if you wish.Accept Read More
Skip to content
Back to Global News 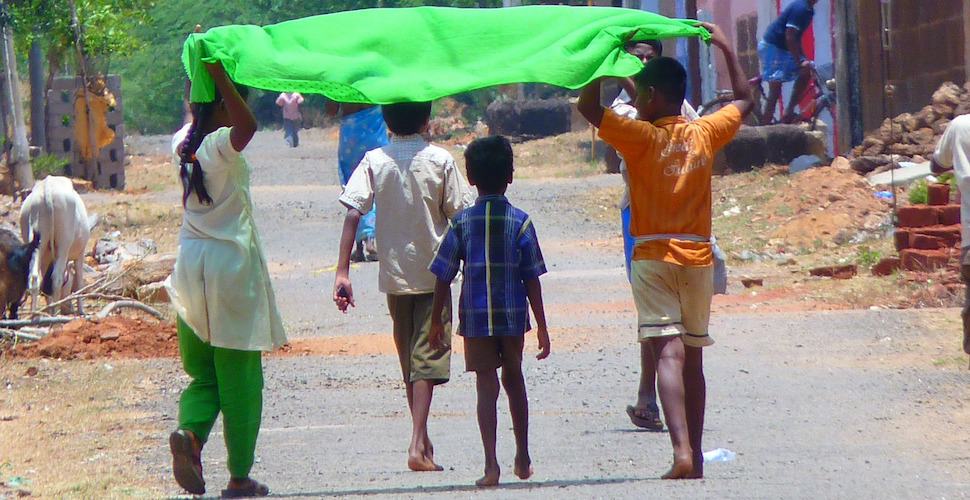 In a moving video report last week, the BBC revealed the staggering extent of India’s nationwide child trafficking network—a trade partly responsible for the disappearance of a shocking one child every eight minutes.

Seventy thousand children are officially reported missing every year in India but, with many cases unregistered, the number is estimated to be much higher.

Many of these children are trafficked from poor, remote parts of the country and taken to cities, where they are trapped in forced labor, sexual exploitation, and domestic slavery.

The video report follows the BBC’s Rajini Vaidyanathan as she travels with local activist Poonam Toppo to Jarro, a village of 20 families in the poor eastern state of Jharkand where 14 children are currently missing.

There, she meets Amrita (not her real name), a girl who was sold into trafficking at age nine by a family member and forced to work in slavery-like conditions for five years. Family involvement in the child trafficking trade is sadly not uncommon.

With Toppo’s assistance, a criminal investigation was launched and eventually resulted in the imprisonment of Amrita’s uncle. But with less than one percent of trafficking cases in India resulting in conviction, such victories are rare.

Vaidyanathan goes on to speak with Munsi and Suggi, village parents who were tricked into giving their daughter away by traffickers who promised to educate her.

Suggi, Sunita’s mother, weeps as she discusses her missing daughter whom she has not seen in a decade.

“She’s our first daughter and I’m very worried. I don’t know whether I will every see her again. I worry, but what can I do? Where can I go to search for her? I can’t even read. I miss her very much; I have grown old thinking of her. But what could I do? We weren’t able to feed her ourselves.”

With traffickers earning up to $300 per child, the child trafficking trade in India is lucrative and—despite some efforts by the government to fight it—thriving across the country.

Towards the end of the video, Toppo explains in detail the mechanism by which girls are trafficked.

“The girls are made to believe that they will be safe and they can earn money for their family. So she leaves the village with people she knows, but once she reaches the station the people change.

“In Delhi other people take her and she is taken to a placement agency where she is presented like cattle for the employer to select. Then their wages are negotiated and they are sent to work as nannies, domestic help, or to a brothel. Once the girl leaves there she is never found.”

Stand with vulnerable children like Amrita and Sunita and add your name today.