Indian Women and Children-20,000 in all are Victims - FreedomUnited.org
This website uses cookies to improve your experience. We'll assume you're ok with this, but you can opt-out if you wish.Accept Read More
Skip to content
Back to Global News 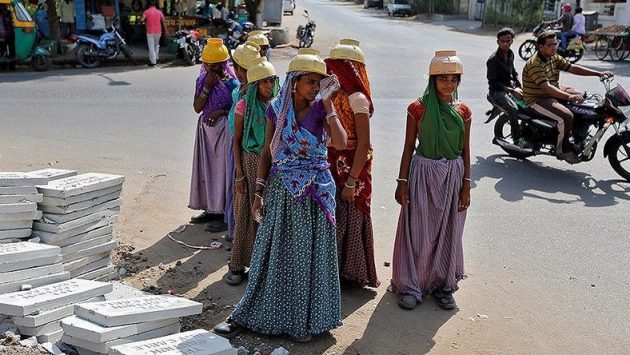 Indian Women and Children--20,000 in all are Victims

A new government report estimates that nearly 20,000 Indian women and children became victims of trafficking last year.  That marks a rise of nearly 25 percent from 2015. In fact, sources say that the numbers may be even greater since so many cases are not covered in the statistics.

The data compiled by the National Crime Records Bureau (NCRB) was presented by the minister of women and child development, Krishna Raj, to the Indian parliament on Thursday. A total of 19,223 women and children were trafficked in 2016, compared with 15,448 in 2015, the data showed. The highest number of victims was recorded in West Bengal state, eastern India – 3,559 women and 3,113 children.

There are other states also seeing their highest numbers ever: Rajasthan (north), Maharashtra (west), Tamil Nadu (south) and Karnataka (south-west).The Indian English-language daily newspaper, the Telegraph claim higher numbers: “Sale of children from an orphanage in Jalpaiguri [a city in West Bengal] has recently come to light. If such cases are put together, the figures will go up.  Bengal lies along both national and international borders. Maybe, more cases of missing persons are lodged in our state as the government insists on filing an FIR [First Information Report], not a general diary, for every missing person,” a senior state government official.

One Delhi police official who does not want to be named told Reuters that it is still “difficult to claim these crimes are rising dramatically. I think more victims are coming forward and reporting because of more information about trafficking. Government and civil society groups are doing campaigns and people are also seeing more cases being reported in the media.”

Although trafficking in India is prohibited, the United Nations Office on Drugs and Crime (UNODC) said that cultural practices impact the safety of women and girls.  “India is a source, destination and transit country for human trafficking primarily for commercial sexual exploitation and forced labor, and with the falling sex ratio, trafficking for marriage is becoming another pull factor for trafficking of women and girls,” the UNODC stated.

A report by the UN special rapporteur on violence against women in 2014 said that the trafficking of women and girls “from, and to, India was reported as widespread.”