India Must Do More to Rescue Trafficked Victims - FreedomUnited.org
This website uses cookies to improve your experience. We'll assume you're ok with this, but you can opt-out if you wish.Accept Read More
Skip to content
Back to Global News 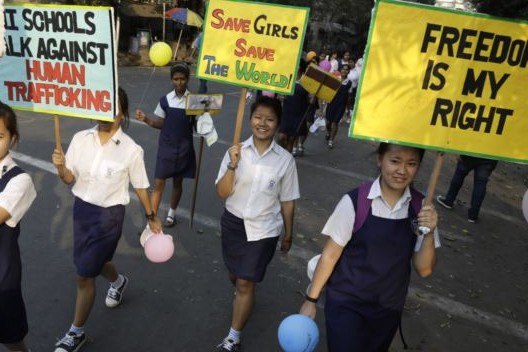 India Must Do More to Rescue Trafficked Victims

This article is about thousands of women and girls who are taken to popular tourist spots for sexual exploitation and forced labor.  Data shows that in the first ten months of 2015, five thousand women and children were rescued from Goa, a popular western coastal state, but charities and police believe the number is much lower.

Arun Pandey, director of Anyay Rahit Zindagi, said “The demand for commercial sex workers is high during the tourist season of October to February, but unfortunately there are very few rescues during this time as the police are busy with tourists and music shows and other activities.  Most rescues are during the monsoon, when the police are relatively free. But there haven’t been as many rescues as this data claims.”

This article states that almost 36 million people are enslaved worldwide — trafficked into brothels, forced into manual labor, victims of debt bondage or even born into servitude, according to the 2014 Global Slavery Index. Almost half of them — 16 million — are in India, where slavery ranges from bonded labor in quarries and kilns to domestic servitude and prostitution.