Immigration Detainees Shouldn't be Coerced to Work for $1 a Day - FreedomUnited.org
Skip to content
Back to Global News 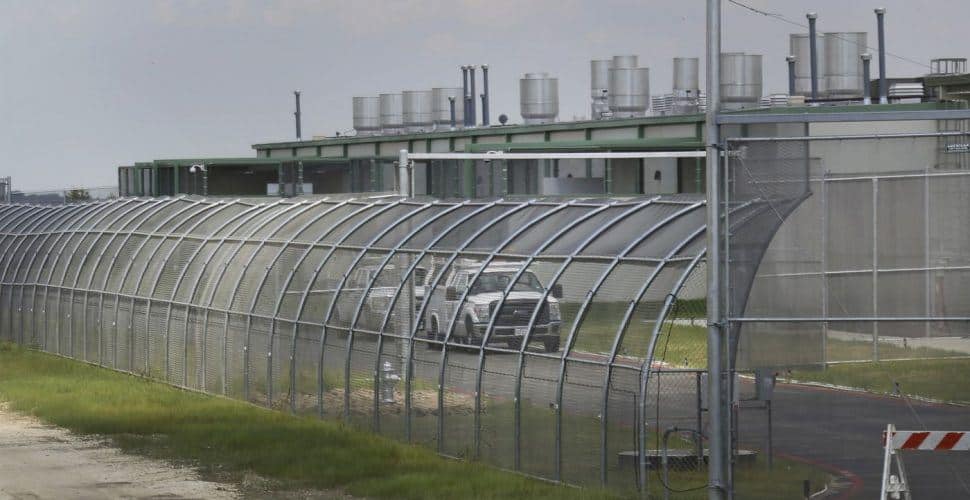 Immigration Detainees Shouldn't be Coerced to Work for $1 a Day

The Los Angeles Times Editorial Board is speaking out against the problem of forced labor in U.S. immigration detention centers.

The newspaper writes that both those who are facing deportation proceedings and asylum seekers usually end up in detention centers while the government makes a final decision on their case. Two-thirds of these detention centers are privately owned and operated, where these immigrants are supposedly “volunteering” to work for $1 a day to upkeep their prison facility. They work as cooks, dishwashers, food servers, janitors, groundskeepers, barbers, and even clerks helping to process new arrivals.

The Los Angeles Times editorial points out that recent court cases reveal that this work is hardly voluntary:

The private prison companies argue in court papers that the federal government authorizes them to run those voluntary work programs, and no one is compelled to take part. But according to a number of federal lawsuits by current and former detainees challenging the practice, the notion that the detainees have a choice is illusory.

Given the imbalance of power between jailers and the jailed, detainees say they don’t feel they can refuse to work, and many report they have been coerced through threats of withheld privileges, such as family visits, and in some cases that they have been sent off to solitary confinement if they declined. That is atrocious.

Ironically, many detainees do not have green cards and can’t legally work in the U.S., a technicality avoided by calling the $1-a-day wage an allowance, as though the workers were children rewarded for doing chores. Some of the lawsuits seek back pay for unpaid work, which seems a fair demand. We also hope courts see this practice for what it is — in essence, forced labor — and order the detainees be paid at least the local minimum wage, and ensure that taking a job truly is a matter of choice.

Furthermore, the editorial board points out that many of the immigrants and asylum seekers being detained haven’t actually been convicted of any crimes. Rather, they are being held “pending civil proceedings to determine whether they will be deported, not as a punishment after a conviction. In fact, unless they were deemed a flight risk or a threat to public safety, people going through deportation proceedings shouldn’t have been jailed in the first place.”

Proponents of the privatization of prisons say it cuts costs and gives the U.S. government more flexibility as it can essentially outsource prison operations.

But as the editorial board rightly argues, “cheaper and more flexible is no excuse for abusing the fundamental rights of people being held against their will as the government seeks to deport them. Letting private operators pad their profit margins by conscripting the detainees into all-but-unpaid labor must end.”