ICE is Deporting Mauritanians Back to Modern-Day Slavery - FreedomUnited.org
Skip to content
Back to Global News 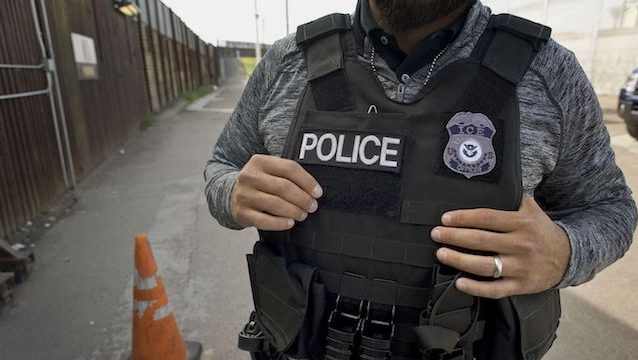 ICE is Deporting Mauritanians Back to Modern-Day Slavery

The West African nation of Mauritania has tens of thousands of citizens trapped chattel slavery, with darker-skinned Mauritanians being treated as the property of their lighter-skinned Arab and Berber countrymen.

It is for this reason that undocumented black Mauritanians were rarely deported from the United States in the past — sending them back would have meant sending them into modern slavery.

However, Immigration and Customs Enforcement (ICE) has deported dozens of Mauritanians under the Trump administration. Many of these deportees had lived in the United States for years, during which they were only required to check in with ICE periodically.

The deportees in question are black Mauritanians, who are ethnically distinct, and speak a different language from the majority Arab and Berber tribes that form the country’s majority and its slaveholding merchant class. They have suffered brutal discrimination as well as enslavement for decades.

More recently, the government stripped them of citizenship, meaning that black Mauritanians living overseas, including in the United States, are stateless.

Mauritania doesn’t want them, and many of them left under threat of violence from the authorities. Heedless of that, and the grim fate that awaits them if they return, ICE is arresting and deporting them anyway. That is unconscionable.

After deporting just 18 Mauritanians in the two years ending in October 2017, ICE has removed 79 since then; 33 of them had been convicted of a criminal offense. Another 41 are in ICE detention, according to the agency.

ICE’s arrests and deportations are facilitated by the Trump administration’s pressure on the Mauritanian government to authorize travel documents to receive deported black Mauritanians. The move sent a chill through the United States’ largest community of Mauritanians in Columbus, Ohio.

Between 40,000 and 90,000 people are believed to be held in Mauritanian households in a hereditary slavery system, passed from generation to generation. Anti-slavery activists in the country, including Biram Dah Abeid, have regularly been harassed and arrested by the authorities.

As the editorial board of the Washington Post argue, the reality and severity of modern slavery in Mauritania, “provides an obvious reason for the administration to use its discretion and spare unauthorized Mauritanians who have lived productive lives in the United States from the possibility of a horrific fate.”

“But discretion and common sense have not been the hallmarks of this administration’s immigration policy. The result, in this and other cases, is tragedy and suffering.”

Absolutely horrible. If there is a hell then I believe Trump is headed in that direction.

Returning these refugees is no different than it was to return escaped slaves in antebellum times to the American South. It is pure evil. Abolish ICE.

Ya’ know…
Earth is becoming too hostile.
Somebody build me a starship
so I can leave this sick, twisted, hateful planet
before it gets blown up in a doomsday war!!

But they aren’t white….

Hate this policy, wrong man, wrong policy, with this policy ,USA will be alone and will loose many things. Hatret creates hatrets. All religions respect the humanity and teach love

All religions respect humanity and teach love? Really? The christian bible teaches that slavery is just fine. Not once does it say that slavery is wrong. Timothy told slaves that, if their masters were christians, then they should be even more faithful to their masters and work even harder for them. The old testament even tells how hard you can beat your slave (don’t knock a tooth or eye out). Religions teach love? Give me a break!