Human Trafficking Economics - FreedomUnited.org
This website uses cookies to improve your experience. We'll assume you're ok with this, but you can opt-out if you wish.Accept Read More
Skip to content
Back to Global News 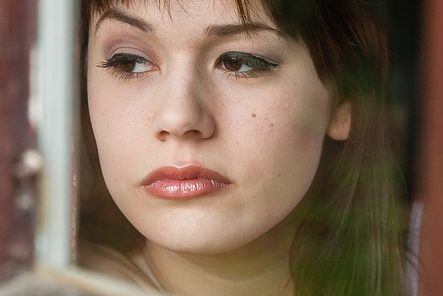 This article looks at some human trafficking economics. Sara, a young, single mother in Moldova had been looking for work with no luck. An ad in her paper offers a fair-paying job as a server in a restaurant in Italy.  She responds and in a short time, she has her passport and suitcase and is on her way.  Her mother has agreed to watch her son…

When she arrives, she is sold to a pimp for $4,000 and raped and abused. Locked in apartment and forced to serve several men every day, she earns $1,400 a week for her boss. She never contacts her family.

The writer explains that: for our purposes, we define human trafficking as the trade of humans, most commonly for the purpose of sexual slavery, forced labor, or commercial sexual exploitation for the trafficker or others. Human trafficking happens when a person is coerced to move from one place to another in order to work for nothing (or close to it). The conditions are often dangerous and exploitive and many don’t survive long enough to escape.

Just as in Sara’s case, the most vulnerable are migrants, wanting to immigrate to a different country desiring a better life.  They don’t have work skills and are easily lured by what looks like a good opportunity.  Then there are others, who are not even looking for work.  They could be kidnapped or children who are sold by their parents for less then $11.  But the human trafficking economics, the illegal income for the trafficker, is staggering.

The International Labor Organization estimated in 2005 that those involved in human trafficking yield a $150 billion profit every year. The business is lucrative, given that the average victim is bought for so little and brings in an average of $13,000 in profits each year. These are just generic numbers; the specifics change according to the kind of work the victim does. For example, a victim working as a domestic helper generates an average of $2,300 profit each year. A sex worker victim brings in $21,800 of profit annually. These profit margins account for the shift many gangs and cartels are making from drugs to human trafficking. Drugs, after all, can only be sold once. A woman can be bought for $10,000 and make enough cash for the pimp to cover his cost in a week.

The authors writes: The demand for trafficked victims is affecting nearly every country, as the U.N., governments and NGOs are working to create systems that prosecute traffickers, protect victims and prevent trafficking from happening in the first place. Healthy economies are also an important part of preventing human trafficking.

To read more about human trafficking economics, click the link below.

[John Hoffmire is director of the Impact Bond Fund at Saïd Business School at Oxford University and directs the Center on Business and Poverty at the Wisconsin School of Business at UW-Madison. He runs Progress Through Business, a nonprofit group promoting economic development. Jessica Cooper, Hoffmire’s colleague at Progress Through Business, did the research for this article.]