Hospitals Gear Up For New Diagnosis: Human Trafficking - FreedomUnited.org
This website uses cookies to improve your experience. We'll assume you're ok with this, but you can opt-out if you wish.Accept Read More
Skip to content
Back to Global News 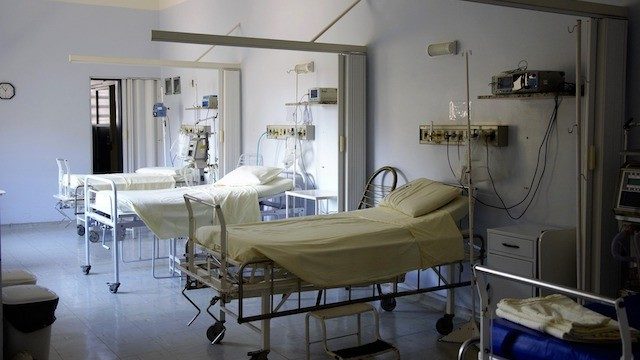 When a woman arrived at the emergency department at Huntington Hospital on New York’s Long Island after being hit by her boyfriend, hospital staff suspected there was a deeper issue behind her injury.

The woman was an undocumented immigrant from El Salvador who worked at a local cantina. Her job included getting drinks for customers, but sometimes this meant offering sex as well. Her boyfriend didn’t want her to work there, which is what led to the fight.

Medical staff began asking her if she’d ever had sex for money, or whether she had to give someone else part of what she earns, among other things. The screening questions were part of a new program at Northwell Health, a 23-hospital system in the New York area, to help staff identify and support victims of human trafficking.

According to a 2014 survey of about 100 survivors of sex trafficking, 88 percent said that while they were being trafficked they had contact with a health care provider, typically someone in an emergency department.

“When trafficking victims come through the health care system but we don’t identify them, it’s a big missed opportunity,” says Dr. Santhosh Paulus, a family physician who is the site director of the Huntington Hospital’s family medicine residency program and who started the program at Northwell.

One of the big red flags is when people delay coming in for medical care, such as waiting weeks to come in to get an injured ankle or sexually transmitted infection checked out, Macias-Konstantopoulos says. Or it may be a pattern of injuries that don’t make sense. Sometimes people are reluctant to explain their injury, or they come in with someone who seems overbearing.

However, despite the best intentions, asking about abuse may not be enough according to Holly Gibbs, human trafficking response program director for Dignity Health, a health care system in California, Nevada and Arizona.

Gibbs knows the problem first-hand. She was forced into sex work after running away with a man she met at a shopping mall when she was just 14. He had promised her a glamorous life as a model or musician.

She’s now educating clinicians on how to talk to patients about exploitation they may be facing and to connect the patients with outside sources of help.

“They may not be ready to accept help now, but you may plant seeds so they’ll be able to accept it later on,” she said.

Take Action: Chip in to support our work against human trafficking.

people have to use a helpline to ask for help, healthcare workers barely have time to do their jobs let alone make predictions, they can’t do everything surely?