Home Office Under Fire for "Muddled" Strategy as Hyland Resigns - FreedomUnited.org
This website uses cookies to improve your experience. We'll assume you're ok with this, but you can opt-out if you wish.Accept Read More
Skip to content
Back to Global News 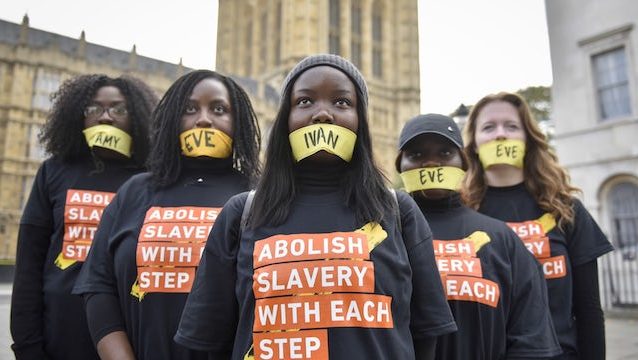 Home Office Under Fire for "Muddled" Strategy as Hyland Resigns

Following the resignation of the UK’s independent anti-slavery commissioner, Kevin Hyland, campaigners are stepping up the pressure on the Home Office to reform its policies on modern slavery.

Hyland, who was appointed by Theresa May when she was home secretary, announced that he would be stepping down from the post after four years. His decision coincides with growing criticism of the government’s response to modern slavery, especially the lack of support for trafficking victims.

Earlier this month, a parliamentary committee reported that modern slavery was not fully understood by the government and that it did not have the capacity to assess if its strategy was working.

Hyland was known to be critical of Britain’s failure to support trafficking victims, collect accurate data, and prosecute traffickers. He was reportedly frustrated with government interference in his supposed independent role, and anti-trafficking campaigners echoed the challenges associated with the post.

The government introduced the Modern Slavery Act, which is a positive thing,” said Aidan McQuade, the former director of Anti-Slavery International.

“But it ignores the effect of the hostile environment, it ignores that it established quotas for deportation and it ignores that the 2016 Immigration Act created the offence of illegal working, when a lot of people trafficked to the UK have been illegally working.

“We don’t see a consistent policy approach to modern slavery across the UK. It is a muddled policy. At its core, there is a failure to understand that it is a human rights issue rather than a criminal justice issue.”

One of the difficulties for the commissioner, campaigners said, was a provision written into the Modern Slavery Act permitting the home secretary to redact or omit details from reports, prior to publication, under certain circumstances. This could happen if the report was against the national interest, would jeopardise national security or compromise an investigation or prosecution.

Caroline Robinson, director of Focus on Labour Exploitation (Flex), added that Hyland was frustrated at the slow pace of reform.

“I don’t think it’s any secret, for instance, that he was trying to fight for the national referral mechanism [the process by which someone is recognised as a victim of modern slavery] to be reformed, and, in our view, very little was taken into account,” she said.

Hyland will move to head up ChildFund Ireland, an international development agency, later this summer.