Freedom United and partners call out the International Olympic Committee - FreedomUnited.org
This website uses cookies to improve your experience. We'll assume you're ok with this, but you can opt-out if you wish.Accept Read More
Skip to content
Back to Global News 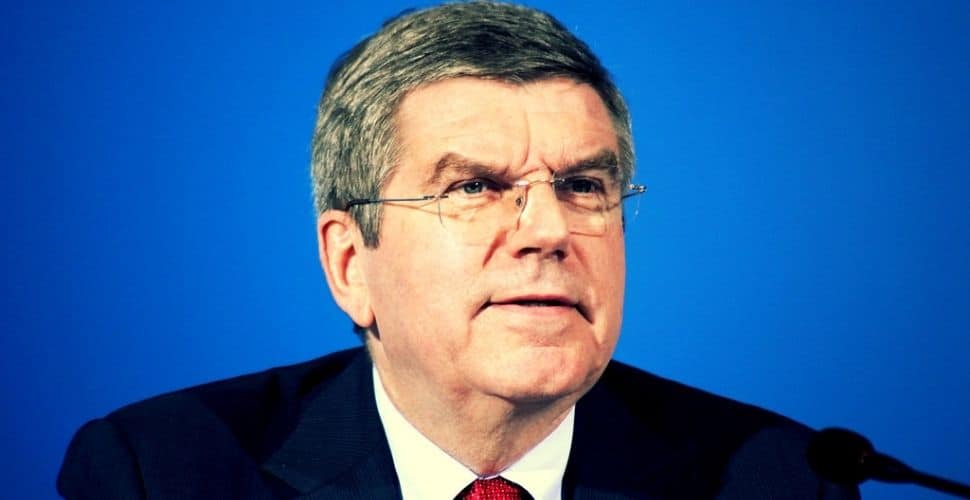 Freedom United and partners call out the International Olympic Committee

The gloves are off!

Along with our partners at the Coalition to End Forced Labour in the Uyghur Region, Freedom United has reached the end of our rope with the International Olympic Committee (IOC) after eight long months of attempting to initiate a respectful two-way dialogue.

Despite the IOC previously promising and failing to produce their human rights due diligence plan for the fast-approaching Beijing Winter Olympics and repeatedly publicly dismissing the concerns of Uyghurs and advocates in the name of “neutrality”, the Coalition has been overly patient with the organization.

In February and April 2021, the Coalition publicly requested a human rights due diligence plan from the IOC to no avail. The IOC is officially committed to “responsible sourcing” yet its uniform supplier, Anta Sports, points to other realities.

The group, the Coalition to End Forced Labor in the Uyghur Region, said Tuesday that the Swiss-based IOC hasn’t offered credible evidence that Olympic-branded apparel was made without forced labor from China’s cotton-farming Xinjiang region. The group has been a leading voice in a global push to raise awareness of allegations of human-rights abuses in the region.

The group said its concerns center around Anta Sports Products Ltd., a Chinese sportswear giant that is the official supplier of IOC uniforms and other apparel for the Beijing Games. Anta last year publicly said it would keep using cotton from Xinjiang, where human-rights groups and governments including the U.S. allege that Chinese authorities are employing forced labor among the region’s mostly Muslim minorities, including in cotton harvesting.

We have held off from publicly targeting the IOC and never joined the global boycott movement, waiting to have a meaningful dialogue with the organization. However, after all this time, the IOC finally returned with an offer to only listen to us and other restrictive parameters that made it clear that they were not going to extend the same respect or constructively participate in the conversation.

When pressed for a more equal, two-way dialogue, we were outright refused.

As Rushan Abbas, Executive Director of the Campaign for Uyghurs, noted, “The IOC’s disrespect for directly affected rights-holders, in this case the Uyghur people, is clearly reflected in their unwillingness to engage in reasonable dialogue. We therefore can have no confidence—nor can athletes, sponsors, or virtual spectators have confidence—that any of the thousands of items of Olympic-branded merchandise are not stained with the blood and sweat of my people.”

Time’s up for the IOC

The Beijing Olympics are now less than a month away but there’s still time for the IOC to put measures in place to uphold human rights and be transparent about their sourcing. We’ve launched a new action for you to tell the IOC that human rights must come first! Add your name today.