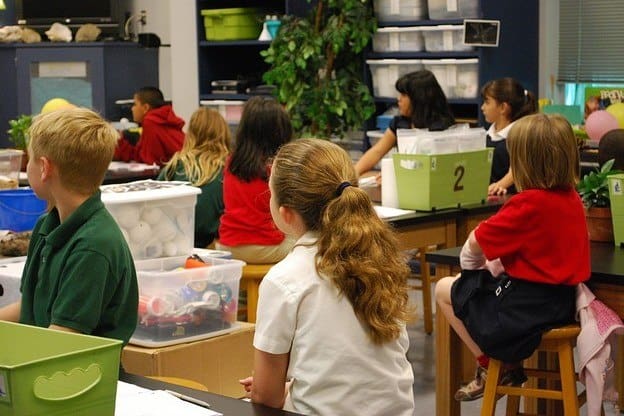 The topic is serious.  It’s about the dangers of exploiting children and the need to make good decisions.  She has spent nine years enlightening Southwest Florida about trafficking.  She is 65, taken aback when young children know about human trafficking and also know of someone personally who is involved…like it’s just part of normal childhood.

“We were talking last summer and one child said, ‘You know, that still goes on,’” says Ms. Theiss. “The kid saw it happening to a friend.”   Theiss is a former high school English teacher from Maryland.  In 2006, she founded Human Trafficking Awareness Partnerships in Fort Myers.  “I realized it was crazy that only law enforcement and trained social workers were dealing with human trafficking.  I thought it was really important we all understand this is a community-wide problem and we all have a role to play.”