60% of Domestic Workers in Singapore Exploited - FreedomUnited.org
This website uses cookies to improve your experience. We'll assume you're ok with this, but you can opt-out if you wish.Accept Read More
Skip to content
Back to Global News 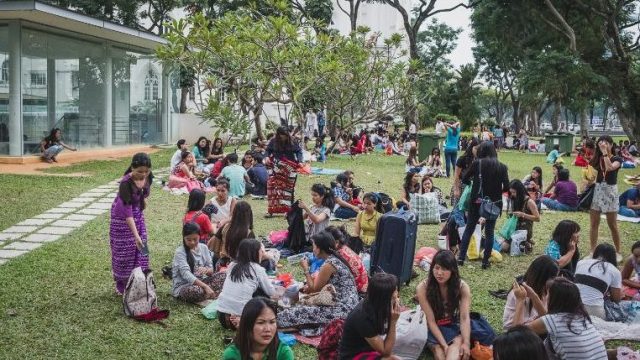 60% of Domestic Workers in Singapore Exploited

A new report from Research Across Borders finds that 60% of domestic workers in Singapore say they have been exploited by their employers. Among the abuses were underpayment, no time off, and verbal and physical abuse.

The majority of migrant domestic workers in the country hail from Indonesia and the Philippines. In Singapore they are hired as domestic workers, tasked with housekeeping or taking care of children.

CNN reports that the survey interviewed 800 domestic workers and 80 employers.

Director of Research Across Borders Anja Wessels explained that these domestic workers endure these abuses because their family relies on them for income. “In one third of the cases in our study, the worker was the only bread winner in their family, which means if they do not work and send money back home, they will threaten the survival of their family,” she said.

Singapore does require that employers give their domestic workers 1 day off per week — generally Sundays — but domestic workers interviewed told researchers that this isn’t truly a day off. “Sunday is our off days, meanwhile Sunday still normal day, need to work first, tidy the house, walk the dog out, prepare their breakfast, clean toilet first … then leave the house around 9 or 10 and must reach the house before 5 or 6 (at night),” said one worker.