Detained at Heathrow, Trafficking Victim who Miscarried Receives £50k - FreedomUnited.org
This website uses cookies to improve your experience. We'll assume you're ok with this, but you can opt-out if you wish.Accept Read More
Skip to content
Back to Global News 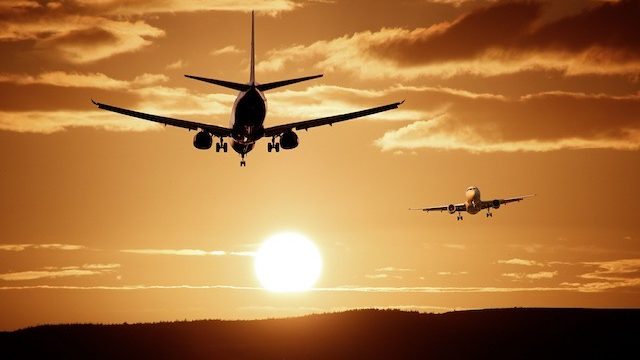 She arrived at Heathrow airport in July 2016 when she started bleeding and suffering immense pain. She was eight weeks pregnant, the result of a rape in Finland.

But immigration officials at the airport decided to detain the 33-year-old Vietnamese woman, who was a victim of human trafficking, and grill her with questions for eight hours.

When she was finally taken by ambulance to the hospital, doctors said she needed stay overnight because they suspected she was having a miscarriage.

But shockingly, officials from the UK Home Office yanked her out of the hospital and threw her in a detention center for three days. She could barely walk, and it was later confirmed that she suffered a miscarriage during her horrendous ordeal.

Now, two years later the Home Office admits to “clearly significant failings.” They paid the woman £50,000, accepted that she was a victim of trafficking, and granted her leave to remain in the UK.

“I felt so bad, I kept being taken to different parts of the airport and asked so many questions by different officials,” the woman told the Guardian. “All I wanted to do was lie on the floor. I kept asking to be taken to hospital because I was in so much pain in my tummy and was bleeding so much.”

An internal Home Office investigation into the trafficked woman’s treatment identified significant failings in the way she was treated by officials when she arrived at the airport barely able to stand up.

A heavily redacted internal investigation report by the Home Office’s professional standards unit, seen by the Guardian, states that although officials “genuinely acted in what they felt to be the best interests” of the woman, “the investigation found significant failings in the detention of Ms …, a lack of risk assessment for placing her in detention and a failure to complete detention reviews”.

A box for officials to tick for known medical risks was left unticked and no medical, safeguarding or special needs were logged.

The woman said she was terrified during her ordeal with immigration, but was too scared to ask any questions.

“I thought if I said anything they might put me on a plane and deport me straight away while I was having the miscarriage, so I kept quiet. I was very frightened of my traffickers but I was even more frightened of the Home Office.”

Ugo Hayter, a solicitor at Deighton Pierce Glynn, which represented the woman, said this was a high payout from the Home Office, but that it will never make up for the mistreatment she endured at the hands of the government.

“The case demonstrates the consequences of the uncaring culture of disbelief that has taken hold of the Home Office,” he said.

In response to the payout, a spokesperson for the Home Office said, “We regret that there were clearly significant failings in this case and a thorough investigation has been conducted to prevent such an incident happening in future. The Home Office has clear guidelines which state that pregnant women may not be detained unless under very specific circumstances.”

This abuse at the hands of an allegedly “civilized” nation. How many others have to suffer this mistreatment before trafficking victims are accorded compassion and assistance in their predicament?

Absolutely shocking. Yet another victim of the Tory Hostile Environment strategy..