ASEAN fails to protect migrant fishers from forced labor - FreedomUnited.org
This website uses cookies to improve your experience. We'll assume you're ok with this, but you can opt-out if you wish.Accept Read More
Skip to content
Back to Global News 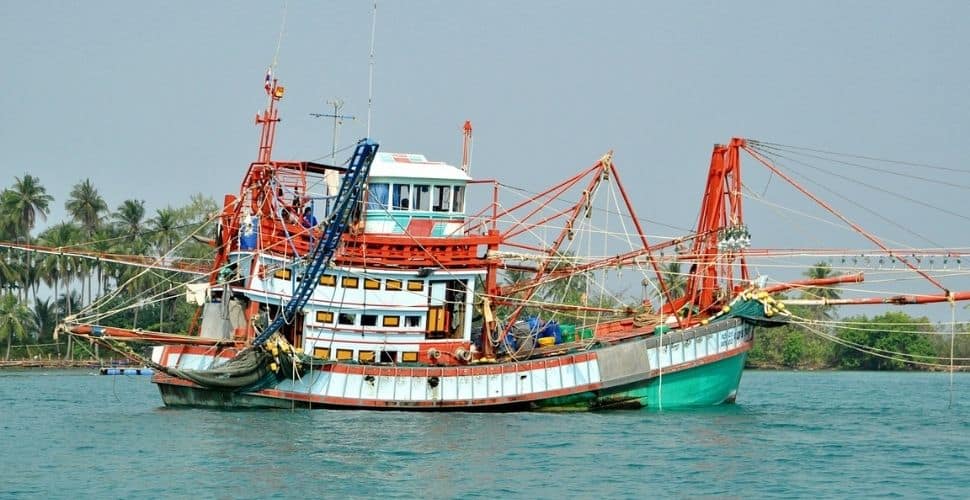 Greenpeace reports in an opinion piece in the Jakarta Post on the perpetuation of forced labor and trafficking in illegal, unreported, and unregulated fishing (IUU fishing), particularly in Southeast Asia. Because of informal arrangements, many crew members find themselves isolated and at the mercy of abusive employers who might withhold salaries, passports and means of communication as well as force them with threats and violence to work excessive overtime.

Greenpeace has testimony from over 34 Indonesian migrant fishers of forced labor on 13 foreign fishing vessels. One former fisher shared a harrowing story: “I witnessed horrible torture. We were working even on midnights. When the Fishing Master was angry, he hit my friend’s head near his left ear. After that he was forced to continue working until the work was finished and only then was he allowed to rest. In the morning when we woke up for breakfast, we found him dead in his room. The Captain wrapped up my dead friend’s body with a blanket and then stored him in the freezer.”

While the International Labour Organization (ILO) Work in Fishing Convention 188 (C-188) sets out provisions to protect the welfare of fishers and their families, advocates report that the poor implementation of the convention leaves fishers at risk. Further, other policies to protect migrant workers sometimes do not apply to fishers because they are not land-based workers.

In particular, Greenpeace calls on the Association of Southeast Asian Nations (ASEAN) to do more for migrant fishers in the region.

Within ASEAN, there are many driving forces of IUU fishing that perpetuates modern slavery at sea including the absence of adequate regulatory control over fishers and fishing vessels, and the lack of effective management tools to manage fishing capacity. The weak enforcement of fishing legislations, the evasion of payments related to fishing fees and taxes, and incompatible legal frameworks for combating IUU fishing all contribute to its current predicament. On top of its weak vessel licensing system and incapacitated fisheries monitoring, control and surveillance (MCS), many ASEAN fisheries are poorly managed with limited concern for fisheries conservation…

Instruments such as the ASEAN Convention Against Trafficking in Persons, Especially Women and Children (ACTIP) and ASEAN Declaration on the Protection and Promotion of the Rights of Migrant Workers (Cebu Declaration) do not cover migrant fishers unless they are recognized as migrant workers in the same category.

Greenpeace is adamant that current interventions are inadequate to address the problem and calls on ASEAN to collaborate with advocates, governments and the private sector for a better informed, coordinated response.