Another Refugee Crisis in Southeast Asia-Rohingya Muslims - FreedomUnited.org
This website uses cookies to improve your experience. We'll assume you're ok with this, but you can opt-out if you wish.Accept Read More
Skip to content
Back to Global News 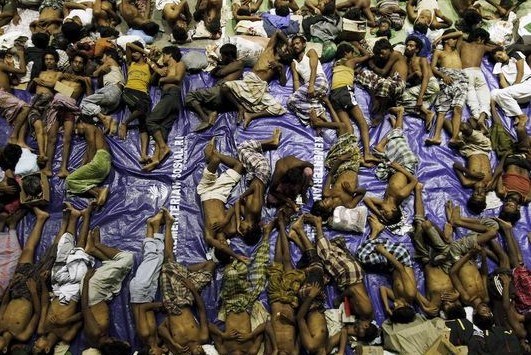 The world is seeing the mass crisis of refugees fleeing Syria and Iraq, but there is another refugee crisis in Southeast Asia…

This article tells of thousands of Rohingya Muslims who face ethnic cleansing at home in Myanmar take the great risk of finding underground work in Thailand or Malaysia although both those countries warn them not to come.  They leave on rickety boats at the mercy of unscrupulous recruiters.  Many die at sea and others become victims of rape and extortion.  If they can’t pay ransom, it is likely they will be buried in the jungles. Their decision is difficult–do they run these risks at sea or stay in Myanmar where they face suffering and death…where more than 140,000 live in camps after being purged from their homes?