A Victim of Forced Labor Pursues Justice in Hong Kong - FreedomUnited.org
This website uses cookies to improve your experience. We'll assume you're ok with this, but you can opt-out if you wish.Accept Read More
Skip to content
Back to Global News 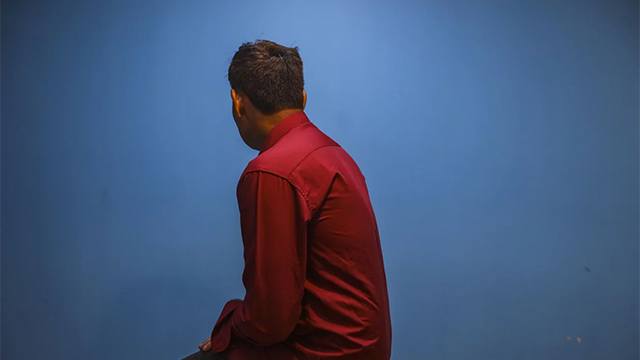 A Victim of Forced Labor Pursues Justice in Hong Kong

A Pakistani man who was trafficked to Hong Kong and forced to work without pay, experiencing abuse, threats and hunger, sued the government. Ten years later, Zn still fights to change the law and help others caught in the same type of exploitation.

Against his mother’s advice, he was convinced by a wealthy family from his village to accept a job in Hong Kong. One which turned out very differently than the better life he had been promised. Now, as the man responsible for Hong Kong’s first judicial review on human trafficking, he hopes his case will spur the government to pass laws which will protect others.

Zn had known the family who convinced him to come to Hong Kong since he was a child running around barefoot in the streets of his farming village in the eastern province of Punjab.

“They offered me a job many times and I rejected it … I never had hopes to do different work because I am illiterate,” says Zn, who used to earn about 100 rupees a day (80 US cents) as a construction worker in Pakistan. “I kept being told that my life would change completely and that it would be much better … They kept asking why I was working so hard in construction when I could work in their mobile shop in Hong Kong.”

He accepted the job offer in 2006, believing he would earn the equivalent of between $320 to $400 per month working in his employer’s mobile phone shop. He was taken immediately to his employer’s office, and was forced to sleep in the office on a folding mattress for the duration of his time in Hong Kong.

While in Hong Kong, Zn was verbally and physically abused by his employer, and was never paid for his work. In addition to the abuse he suffered, he was only allowed to eat twice a day. “They would order it from the restaurant but they made me believe it was very expensive, so I would not ask for more,” he recalls.

Zn soon wanted to return home, but his employers controlled him with threats. They claimed he needed to pay back the money they had spent on his flight ticket and other expenses. As things grew worse, he began wondering if he would ever be free again.

After four years, he was told he would be returning home for a “holiday.” Soon, the real situation became clear. His work visa had been cancelled. He was sent back to his village without a dime. “I was never paid and had no days off,” he says.

Zn chose to seek justice. He returned to Hong Kong a year later, hoping to claim the more than KH$200,000 (US$25,480) in wages he was owed. But when he approached different government agencies, all of them claimed his grievances were not their responsibility.

His former employer discovered his activity, and began issuing threats against Zn and his family. Eventually, his family were forced to leave their village due to harassment.

Eventually, Zn received HK$32,500 from the Labour Department – less than a quarter of what he was owed. He was also forced to serve six months for illegally returning to the city to pursue justice. No legal action was taken against his employer.

Although Hong Kong relies upon foreign domestic workers, the city does not have legislation against human trafficking or forced labor. Zn’s experiences led to an historic judicial review in 2015, after he sued the government.

Although a judge ruled in his favor in 2016, local authorities appealed the decision. The Court of Appeals found in their favor, but Zn and his attorney are considering filing their own appeal.

Although a change in Hong Kong’s laws cannot undo the ordeal Zn experienced, he hopes that one day his actions will mean other victims receive better treatment.

“I don’t want other people to go through the same [ordeal] I and my family went though. Even if they are illiterate, they should be able to get assistance,” he says. “No one knows how many people are out there in the same situation as I was.”

This man is a hero and very inspiring. I hope to God he succeeds.