New U.S. asylum rules endanger victims of slavery - FreedomUnited.org
This website uses cookies to improve your experience. We'll assume you're ok with this, but you can opt-out if you wish.Accept Read More
Skip to content
Back to Global News 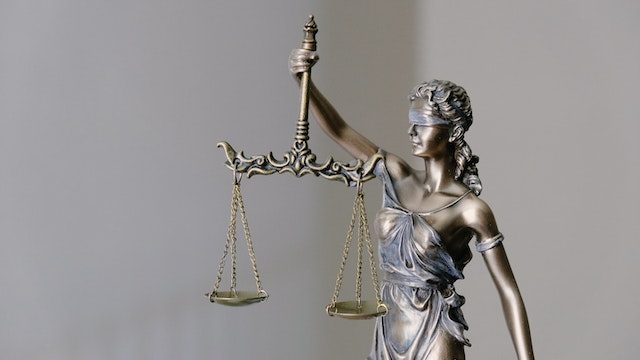 On June 15, 2020 the Trump administration proposed sweeping new rules that would severely restrict the ability of refugees to gain asylum in the United States.

Freedom United is the world’s largest community dedicated to ending human trafficking & modern slavery. We mobilize a united community to create power advocating for change by making the public stakeholders in the ending modern slavery. We are gravely concerned by these changes, especially as they pertain to forced recruitment of child soldiers – a form of modern slavery.

Published in the Federal Register, the changes to asylum law target several persecuted groups and rewrite existing rules in the Immigration and Nationality Act to make it even more difficult for people to claim asylum or even have their case heard by an immigration judge.

As Human Rights First explains, some of the proposed changes would have drastic, negative impacts as they would:

-Deny protection to refugees who have been tortured by a police officer or member of the military, if an adjudicator deems the officer to be a “rogue official”

-Allow an immigration judge to deny asylum without a hearing on the grounds that the claim did not appear to meet the new and highly controversial legal requirements imposed by this proposed regulation, or other restrictions already adopted by the Trump administration

-Deny asylum to refugees who changed planes in another country on their way to the United States simply because they did not apply for asylum en route, even in cases where they know they would not have been safe or protected in that country or that country lacked a functioning asylum system

International human rights law sets out clear protections for child soldiers. In the International Labour Organization’s Convention 182 on the Worst Forms of Child Labor we see that child soldiers are included. As Article 3 states, the worst forms of child labor comprises “All forms of slavery or practices similar to slavery, such as the sale and trafficking of children, debt bondage and serfdom and forced or compulsory labor, including forced or compulsory recruitment of children for use in armed conflict.”

In addition, the Optional Protocol to the Convention on the Rights of the Child on the involvement of children in armed conflict – which the United States has ratified – clearly states under Article 7 that “States Parties shall cooperate in the implementation of the present Protocol, including in the prevention of any activity contrary thereto and in the rehabilitation and social reintegration of persons who are victims of acts contrary thereto, including through technical cooperation and financial assistance.”

The new rules aim to slash protections for this group by eliminating the claim that child soldiers forcibly recruited by guerilla, criminal, gang, terrorist, or other non-state organizations are a persecuted group based on their political opinion:

Resistance to recruitment or coercion by guerilla, criminal, gang, terrorist, or other non-state organizations, INS v. Elias-Zacarias, 502 U.S. 478, 482 (1992) (“[T]he mere existence of a generalized `political’ motive underlying the guerrillas’ forced recruitment is inadequate to establish (and, indeed, goes far to refute) the proposition that [the respondent] fears persecution on account of political opinion, as § 101(a)(42) requires.”

The Secretary or Attorney General, in general, will not favorably adjudicate claims of persecution on account of a political opinion defined solely by generalized disapproval of, disagreement with, or opposition to criminal, terrorist, gang, guerilla, or other non-state organizations absent expressive behavior [30] in furtherance of a cause against such organizations related to efforts by the state to control such organizations or behavior that is antithetical to or otherwise opposes the ruling legal entity of the state or a legal sub-unit of the state.

However, it is here that we argue that this change is unlawful as it contradicts the U.S. government’s own position that child soldiers – including those recruited by terrorist groups – are victims of human trafficking, who should still be protected under the new asylum rules.

The argument that child soldiers are willingly furthering a cause in opposition to the state is invalid; child soldiers do not consent as they are forcibly recruited and exploited by traffickers, both those aligned with the state and against it.

With this in mind, the proposed rule emphasizing that victims of “a severe form of human trafficking” may not be denied asylum simply because they transited through a third country before arriving in the United States should apply to all child soldiers.

Recognizing that individual circumstances of an alien’s presence in a third country or transit to the United States may not necessarily warrant adverse discretionary consideration in all instances, the proposed rule does acknowledge exceptions to these two considerations where an alien’s application for protection in the relevant third country has been denied, where the alien is a victim of a severe form of human trafficking as defined in 8 CFR 214.11, or where the alien was present in or transited through only countries that were, at the relevant time, not parties to the Refugee Convention, Refugee Protocol, or Convention Against Torture.

Furthermore, 8 CFR 214.11 states that “a severe form of human trafficking” (all forms of trafficking for the purposes of exploitation under U.S. legislation) is defined as:

Sex trafficking in which a commercial sex act is induced by force, fraud, or coercion, or in which the person induced to perform such act is under the age of 18 years; or the recruitment, harboring, transportation, provision, or obtaining of a person for labor or services through the use of force, fraud, or coercion for the purpose of subjection to involuntary servitude, peonage, debt bondage, or slavery.

This definition of human trafficking does not and should not distinguish between whether or not traffickers are aligned with government forces or not, making the exclusion of child soldiers recruited by guerilla, criminal, gang, terrorist, or other non-state organizations arbitrary and contrary to the spirit of the law. The use of child soldiers by governments, armed groups, and non-state actors is widely considered a violation of human rights law and a form of human trafficking, including by the State Department of the United States.

As noted in the U.S. State Department’s 2020 Trafficking in Persons report under the Child Soldiers Prevention Act we see that the U.S. government defines child soldiers as any person described in clauses (ii), (iii), or (iv) who is serving in any capacity, including in a support role, such as a “cook, porter, messenger, medic, guard, or sex slave.”

1) In the recommendations for Burma, Ethnic Armed Groups (EAGs), which are in conflict with the military, are known to use child soldiers:

Ethnic minority groups in Burma—particularly internally displaced Rohingya, Rakhine, Shan, and Kachin communities—continued to be at elevated risk of forced labor as a result of longstanding armed conflict between the military and EAGs. EAGs continued their recruitment and use of child soldiers during the reporting period amid ongoing violence in several areas of the country.

Boko Haram is a consistent terrorist threat, and continues to forcibly recruit Cameroonian children as porters, cooks, and scouts. The terrorist organization also uses women and girls as forced suicide bombers and sex slaves and boys as child soldiers. Observers reported Anglophone separatists recruited and used child soldiers in the Southwest and Northwest Regions, both for fighting government forces and for gathering intelligence.

Terrorist organizations and armed groups continue to recruit and use children, mostly boys, in combat, requiring children to carry weapons, staff checkpoints, guard prisoners, and conduct patrols; some used boys for running errands and spying. Some of these groups used girls in combat, support roles, and for sexual exploitation, including sexual slavery through forced marriages to members of these militias.

The government did not protect children from forcible recruitment and use as soldiers and in support roles by government forces and pro-government armed groups, armed opposition groups, and terrorist organizations.

It is clear from the Trafficking in Persons report that child soldiers – regardless of who forcibly recruited or exploited them – are considered victims of human trafficking. Accordingly, the new rule that dismantles the claim for fear of persecution on account of political opinion should not apply to child soldiers, including those who oppose guerilla, criminal, gang, terrorist, or other non-state organizations. Rather, child soldiers should be recognized first and foremost as victims of human trafficking and slavery and entitled to protections as such.

Therefore, we propose adding language to the new asylum rules that explicitly states that all child soldiers should be considered victims of a “severe form of human trafficking,” effectively rendering the section based on political opinion inapplicable to this protected class.

Keeping this clause intact would create a legal conflict between the position of the U.S. Department of State that all child soldiers are victims of human trafficking and the proposed position of the U.S. Department of Homeland Security and the Department of Justice that child soldiers forcibly recruited by guerilla, criminal, gang, terrorist, or other non-state organizations can be denied asylum on account of political opinion and not recognized as victims of a “severe form of human trafficking.”

Children fleeing forced recruitment by any armed group should be assisted as victims of modern slavery – not excluded from refugee and asylum protections offered by the United States. We urge the U.S. Department of Homeland Security and the Department of Justice to stand with child soldiers and revise the proposed asylum rules to rightfully help them as victims of human trafficking.

If you would like to submit your own comment to the U.S. Government in opposition to the proposed rules, you can do so by clicking on the green “Submit a Formal Comment” button on the Federal Register’s website. Comments are due by July 15, 2020 at 11:59PM ET.

We recommend using the template below, where you can add your own opinion about the new asylum rules. You can also find advice and additional resources compiled by the Tahirih Justice Center here.

I am writing in response to the United States Department of Homeland Security (DHS) United States Citizenship and Immigration Services (USCIS) and Department of Justice (DOJ) Executive Office for Immigration Review (EOIR) (the Departments) Joint Notice of Proposed Rulemaking (NPRM): Procedures for Asylum and Withholding of Removal; Credible Fear and Reasonable Fear Review; RIN 1615-AC42 / 1125-AA94 / EOIR Docket No. 18-0002/ A.G. Order No. 4714-2020 published in the Federal Register on June 15, 2020. I strongly oppose the proposed rule for the following reasons:

[Insert your own opinion stating why you oppose the proposed asylum rules. This can be based on the above analysis from Freedom United or your own personal or professional experience. Be sure to not simply copy and paste text – the government will only review and respond to unique comments.]