Imagine your worst experience. How would you want your story told? - FreedomUnited.org
This website uses cookies to improve your experience. We'll assume you're ok with this, but you can opt-out if you wish.Accept Read More
Skip to content
Back to Global News 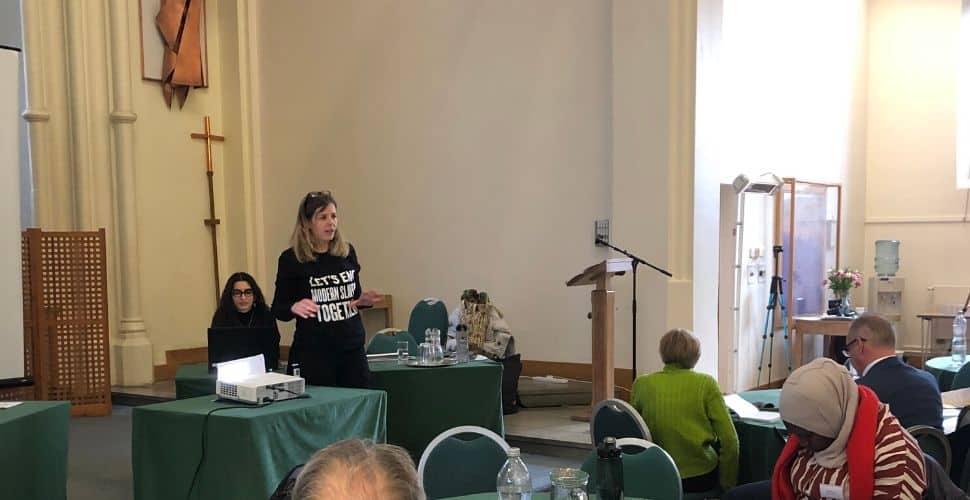 Imagine your worst experience. How would you want your story told?

In January the Freedom United team ran its first My Story, My Dignity workshop at the Faith and Anti-trafficking conference organized by the Universities of Sheffield and Leeds.

My Story, My Dignity was the first campaign launched under Freedom United. It began by calling on large media houses to show the importance of treating modern slavery survivors’ stories with dignity, by reviewing their style guides and ensuring they are aligned with guidance developed by survivors to set a standard for others to follow.

Since then, the campaign has developed to urge individuals, companies, and organizations in the anti-slavery movement to commit to following this same standard.

While raising awareness of the issues and the prevalence of modern slavery is essential, the sensationalized images and language typically used to do so do not reflect the reality of modern slavery and serve to perpetuate harmful narratives.

Sensationalist images and language can unintentionally create or reinforce stereotypes or negative prejudices, undermining efforts to end modern slavery through the failure to identify victims and making survivors’ ability to recover even more challenging.

At Friday’s workshop, our team began by taking participants through the four main tenets of My Story, My Dignity:

The workshop brought to a live audience the work Freedom United has been doing as part of My Story, My Dignity to support survivors and change the way we talk about modern slavery.

The skills spread by workshops like this are important whether communications work is formal – through an NGO, for example – or informal, such as on social media. Without a shift in popular messaging, progress on ending modern slavery will inevitably be held back.

Together, we are building a movement that supports survivors and motivates action helping bring it to an end.

Want to learn more about My Story, My Dignity? Have a look at our internal guidelines approved by survivor-led organization Survivor Alliance.

We hope and encourage others to copy Freedom United’s guidelines, which we promote on our home page and in our emails. We hope that they inspire variations of these guidelines developed to fit the specific roles and responsibilities of different organizations.