Modern Slavery: The Margins of Freedom - FreedomUnited.org
This website uses cookies to improve your experience. We'll assume you're ok with this, but you can opt-out if you wish.Accept Read More
Skip to content 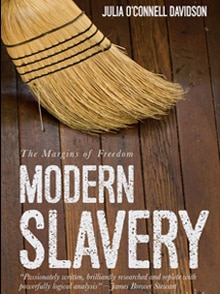 There are 35 million ‘slaves’ in the contemporary world according to new abolitionist campaigners, but in a world where nobody is legally ascribed the status ‘slave’ and many are oppressed and exploited, who qualifies for this appellation and why?

This book brings the literature on transatlantic slavery into dialogue with research on informal sector labour, child labour, migration, debt, the prison industrial complex, and sex work in the contemporary world in order to challenge received ideas and popular and policy discourses of injustice and suffering, which fail to attend to structural inequalities and suggest that victims are entirely eviscerated of will. In political life, the book argues, the figure of the ‘modern slave’ and her exceptional suffering is worked to protect the interests of the privileged rather than to transform the systems of domination such as race, caste, class, gender and nationality, which routinely restrict individual’s rights. ‘Modern slavery’ is a discourse of depoliticisation.

Calling for more serious political debates about the restriction of freedoms in the contemporary world, this book provides a unique, critical perspective of violence, injustice and exploitation in modern society.