Guarantee Support for all UK Slavery Victims - Sign Our Petition
This website uses cookies to improve your experience. We'll assume you're ok with this, but you can opt-out if you wish.Accept Read More
Skip to content

There are more the 4.5 million slaves in Pakistan , Please let join hands to fight against injustice , illiteracy and slavery , Together we can .

I am so afraid that many of the girls and young woman who are being held in a detention camp by Trumps troops are being trafficked and/or sold into slavery. Without full disclosure, it is difficult to know their status, but girls have been seen being whisked away in cars at very early a.m. times, with their heads covered. This does not seem to be part of a normal routine for children who are being detained and held from their parents. There needs to be a thorough investigation!

Unfortunately, many of those women, girls and boys coming in are being done so through trafficking. So, they are already slaves before they are even detained. It could be that they are being taken to safe houses under cover. It’s important to not jump to conclusions and spread rumors before the truth is discovered. Good to be aware and investigative though.

TKP’s comment is patently false and comes straight from the mouths of right-wing liars like Donald Trump and his evil minions. Most of the people who try to legally enter the United States are fleeing their countries of origin to seek a better life for themselves and their families.

Patently? Really? I’m so glad that you have no doubt that many of these people are not trafficked in Diane. You are calling me a liar and you don’t even know me. But I can tell that I don’t want to know you. I have worked along side non-profits to help aide survivors of human trafficking, bring them hope and spread awareness. I am a teacher and child advocate…and yes, many of them ARE trafficked in. Not all, but many. You have the right to open your mouth but you probably shouldn’t do so.

Any society that claims to be democratic and to support basic human and worker rights must ensure that everything is done protect working people from exploitation and abuse.

The individual has to be exploited one or more times to gain immunity. The function of “the system” is to control the depth of exploiting so that individuals do not become trapped, there must be a route to escape, but a non-trivial one. This is the reason Socialism fails, general imposition of the “no exploit at all” principle results in a non-immunized society after a few generations. The post-socialist society becomes exploited easier than before socialism.

In this modernage , the continuance of slavery is the most heinous thing to happen. The government needs to crack on it esp relating to children below adult age.

Slaves the world over are vulnerable not only to sale for whatever purpose, but also to beatings, rape, malnourishment and God knows what-all else.

very true, escpecialy so orphans left without any care giver.

Thanks, Richard! I could tear my hair out (except I sport a No 1 cut!) at the thought of those children entitled to come and join relatives, whom Theresa May’s policies are keeping at bay. Even more so, those wandering around camps with no support whatsoever unless they happen across someone who feels as you and I do about their protection, and protects them.

To give victims of modern slavery the best chance of recovery and reduce the risk of re-trafficking, the government must provide a statutory secure pathway of support. Transparent and legal entitlements for victims must be set out, as in Scotland and Northern Ireland. All victims across the UK deserve equal rights to support.

The risk of homelessness and destitution of victims is real. Most do not qualify for discretionary leave or welfare benefits – only 12% did in 2015. This hinders efforts to increase the number of trafficking convictions which remain low.

Conservative Peer, Lord McColl of Dulwich has introduced a much needed private members bill – the Modern Slavery (Victim Support) Bill – to the House of Lords to address these problems. The Bill provides victims with guaranteed support during the National Referral Mechanism period, and for 12 months afterwards, including special leave to remain enabling all victims to receive support.

We urge you to support the Bill and to ensure it is given enough time to be properly debated by MPs. Lord McColl’s Bill will enable you to make greater progress towards your objectives of reducing modern slavery and increasing conviction rates. These new standards will establish meaningful victim support services, putting the UK in a position to promote its efforts.

20,437 joint actions via Global Citizen with the Co-op (emails and tweets to PM Theresa May, Home Secretary Sajid Javid, and MPs) 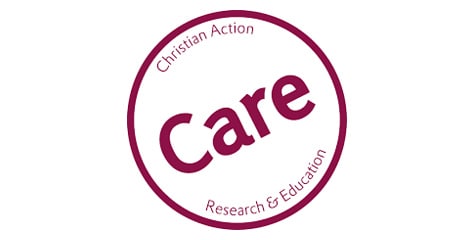 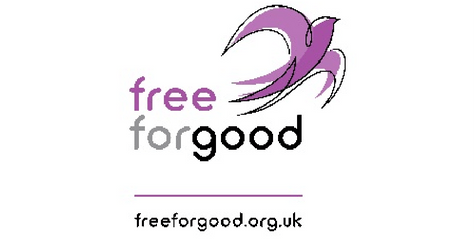