Hotels: take action against slavery - FreedomUnited.org
This website uses cookies to improve your experience. We'll assume you're ok with this, but you can opt-out if you wish.Accept Read More
Skip to content

Hotels: can you take action against slavery? 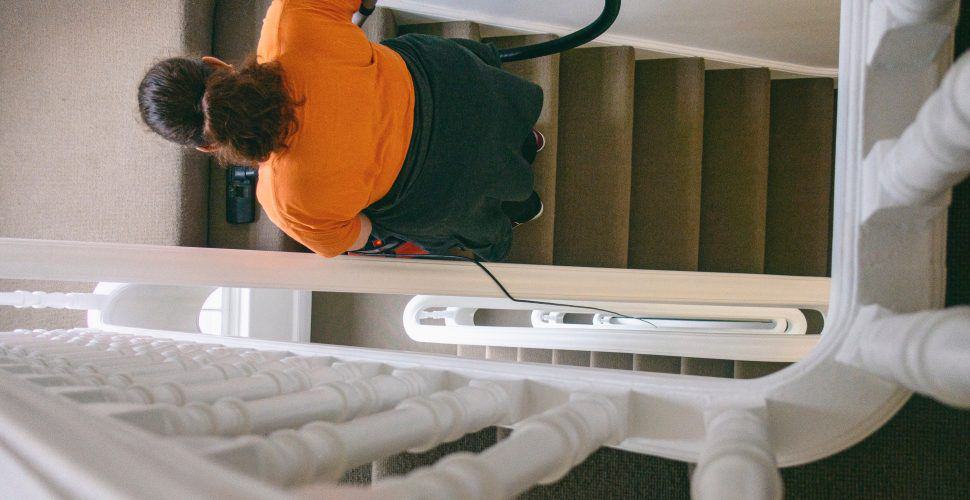 No one should be above the law. Yet hotels are leaving workers and service-users at risk of exploitation, with some even failing to meet their minimum legal obligations to address modern slavery in their business and supply chains.

Vulnerable workforces, complex supply chains and extensive franchising means that the hotel sector is reported to be exposed to a high risk of modern slavery.1 Less than 10 percent of hotels are owner-operated meaning that there is often a separation between those responsible for working conditions and those responsible for the business. But the hotel industry can’t hide behind this excuse. Big companies, no matter how complex, must meet their obligations under the law to tackle modern slavery throughout their business.

Under the UK Modern Slavery Act 2015, companies with operations in the UK and an annual turnover of £36 million or more are legally required to publish annual modern slavery statements on their websites. Whilst statements rarely tell us whether modern slavery is present in a business, they should set out the steps they have taken to prevent modern slavery. A recent report2 analyzing these statements has exposed an alarming lack of progress in the hotel industry. As a whole, the hotel sector is not doing enough to establish effective anti-slavery responses to modern slavery and mitigate modern slavery risks.

Shockingly, 6 hotel companies have not published a statement at all, suggesting modern slavery risks in their business and supply chains are totally unchecked and workers exposed. Together, these 6 hotel companies make billions of dollars in revenue annually whilst failing to meet their basic legal responsibilities. Whilst this failure does not equate to the presence of slavery, or an increased risk in these particular hotels, no matter how powerful, well-managed or profitable a business, following the law to tackle slavery is not optional. The poor response from the hotel sector is unacceptable for a multi-billion-dollar industry marketed on luxury and decadence, employing thousands of people around the world.

A staggering 1.8 billion international tourist arrivals are expected by 2030 and the hotel and hospitality sector employs 292 million people worldwide, contributing 10.2 percent of global GDP,3 to meet this demand – with no signs of slowing down. Massive growth in the tourism industry means that many of us have benefitted from the services and products offered by hotels, and now we want to hold them accountable.

When an estimated 16 million people globally are trapped in modern slavery in the private sector, the power that businesses have to end modern slavery is indisputable and cannot be achieved without their action. Let’s call on the hotel sector take action against modern slavery and meet its legal obligations.

Publishing legally compliant modern slavery statements is the bare minimum, a crucial first step for these 6 hotel companies to show how workers in their business and supply chains are protected from exploitation. But compliance with the law is not the whole picture. Some hotel groups have published weak statements that don’t address all of the recommended criteria4 and, as a result, have few or no mechanisms in place to effectively tackle modern slavery and exploitation.

By coming together and loudly calling for change, we can push the hotel industry to not only publish modern slavery statements but let them know that as consumers we are holding them accountable.

In the UK alone, 3.2 million people are employed in the hospitality industry with migrant workers making up 24 percent of the workforce, some of whom work in hotels. Isabel is one of these workers. She migrated to the UK and worked as an outsourced cleaner at a hotel where she experienced exploitation and describes conditions that shows all the signs of modern slavery.

When she arrived in the UK, Isabel was offered a job cleaning rooms at a hotel outside of London. She was not allowed any breaks, verbally abused by her employer and paid just £2 per room.5 During her stay, she lived in a small room that she was told she had to pay for out of her meagre earnings. Isabel’s irregular migration status meant that she lived in fear of her employer denouncing her to the authorities if she complained about her working conditions.

The hotel sector has a long way to go in ensuring workers like Isabel are protected from exploitation but by meeting their legal requirements hotels will better understand the slavery risks in their business and the measures needed to tackle modern slavery.

Together we can use our power to call on the hotel sector to take action against modern slavery. Join the call today.

The Trump Hotels in the US have also exploited workers by not paying them full wages and hours worked. Undocumented workers have been fired yet no fines have not been levied against the company for hiring workers as required by law. Workers throughout the world need protection.

Yeah, sounds like fake News! Unless, you are the one working there and know that first hand. And if you’re working there or anywhere with that environment, why are you still there? I just doubt you statement. The far left have tried for five years throwing out accusations about anything and everything. And nothing sticks cause it was all liberal lies.

Is this something “you heard about” or did you do your own research?

Penny, please do some proper research into the hundreds of court cases Trump and his businesses have been/are involved in. He is a real criminal, and a dangerous person (as the world has witnessed), that is not immune from prosecution. Massive generosity? You should do some further research into his years of tax avoidance.

This has nothing to do with slavery!

but u would never do this work. If the conditions are akin to what slaves were exposed to then it is slavery. Ur saying it has nothing to do with slavery makes u complicit by inferring you don’t have to take a stand against it

saying that not paying full wages for hours worked is NOT slavery!! If you want to take a stand against slavery, then DO it, but using a false narrative because someone doesn’t like the president , makes you complicit by ignoring the real problem………..SLAVERY!!!!

Modern slavery is invisible. Any one could be within one metre of a modern slave and they would not know it. So only effective investigation can expose the slavers. These are usually corporations so legal action and publication are effective ways to get public support for the cause.

Sadly it has become good business practice to exploit people. It is common, for instance, for large companies to open their own “temp” agencies so that they can keep lots of part time workers on call, without paying them properly or giving them any kind of benefits or protection, and without having to guarantee them any hours. It doesn’t exactly qualify as slavery but it’s definitely exploitation. Our consumer society needs to change.

the “temp” workers turn into “full time” workers if they are good workers. And if they are not good workers, then the company doesn’t have to spend all that time and money training someone for a job, when the employee doesn’t really want to work.

This is the way universities world-widen (and in Australia) are operating to keep PhDs on tap as teachers. Being good at the job certainly doesn’t mean a casual worker will be made a full-time worker. They often work the same long hours as full-time members of staff (and those hours are long) but are paid for hours that would not allow them to do their job properly. No holiday pay, little superannuation, and they must apply each year if not each semester for at best a short-term contract. Because casuals are dedicated to their students they work long hours. The… Read more »

It’s also about not respecting equality by gender, class or cutlure! Aussie is known for its racism, and lack of respect for other cultures, incl denial of climate change and dirty fuels all for profit. There is also the gig economy, where no holiday pay, sick pay and low pay! It may not be slavery as such but its not an illusion to say it is exploitative and abusive of human rights to equality!

Yes,,, thats in Australia as well. Our unions cant protect workers cause they use outdated practices. Young workers must form not for profit org using a social welfare constitution. Not a class warfare outfit that is an easy target for politicians.

Respect for all people. One world!

What I find the disturbing part in this it is the parents that instead of protecting their children they sell them not just for money or property but to look good before friends, family and strangers so they may LOOK good

This issue of modern slavery is something that is affecting many homes around the world today. There is a need we as activist stand up now because tomorrow will be too late. Here in my country which is Liberia it is high on the increase. we need to act now.

Hotels: can you take action against slavery?

Under the UK Modern Slavery Act 2015, companies operating in the UK with an annual turnover of £36 million or more are legally required to publish annual modern slavery statements on their websites. Despite meeting this threshold, Walk Free’s ‘Beyond compliance in the hotel sector’ report shows your company has not published a modern slavery statement for any financial year since 2016, suggesting modern slavery risks throughout your business are totally unchecked and workers exposed.

I am calling on you to publish a legally compliant modern slavery statement in 2020 for the preceding financial year and to cover each of the recommended areas set out in the UK Home Office guidance:

2. Policies in relation to slavery and human trafficking

5. Key performance indicators to measure effectiveness of steps being taken

6. Training on modern slavery and trafficking

When 16 million people around the world are trapped in modern slavery in the private sector, action from businesses like yours is crucial to curbing exploitation and forced labor. Whilst failing to publish a modern slavery statement does not equate to the presence of slavery, or an increased risk, by meeting this minimum legal requirement your business is demonstrating your understanding of the slavery risks and the measures that should be implemented to tackle modern slavery and protect workers throughout your business.