Ukrainian seasonal farmworkers at risk of exploitation - FreedomUnited.org
This website uses cookies to improve your experience. We'll assume you're ok with this, but you can opt-out if you wish.Accept Read More
Skip to content
Back to Global News 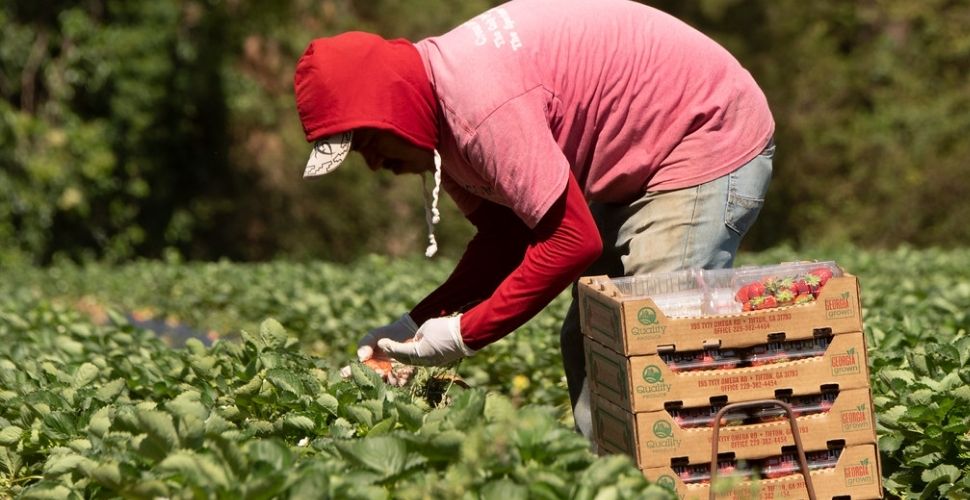 In a recent article, the Guardian exposes how seasonal workers in the U.K. are at risk of abuse and exploitation. Ukrainian farmworkers stuck in the U.K. as a result of war in Ukraine are at particular risk.

Of the 29,631 visas issued under the T5 seasonal work scheme in 2021, 67% were granted to Ukrainians. Various organizations have raised concerns about the critical situation of Ukrainian farmworkers and called on the government to make policy concessions to safeguard them.

Oksana (not her real name) is a former IT worker from Ukraine who obtained a visa to come to the U.K. in August 2021 to earn money together with her partner, a medical student. Under this scheme they worked on a berry farm but were exploited and given work only intermittently.

Now they are undocumented and are without work permits, and are working in cleaning and construction respectively.

James Seddon, a leek farmer from Lancashire, explains the difficulties faced by working on farms:

“For Ukrainians currently here on agricultural worker visas, the amount of work they have access to depends on the type of farm they work on. Those where farms are unable to supply them with continuous work due to the type of crops grown are having a particularly difficult time.”

Although the government has announced two schemes to allow Ukrainians to come to the U.K. – the family visa scheme and the community sponsorship scheme – Ukrainian agricultural workers already in the U.K. on six-month visas are not eligible for either.

As a result, workers like Oksana have to choose between staying undocumented in the U.K. or returning to Ukraine.

In addition, the Home Office has extended seasonal farmworker visas to the end of 2024, but workers who are tied to their employers cannot seek alternative work outside the farming sector and have no recourse to public funds.

More importantly, they do not have the right to bring family members to the U.K. from Ukraine.

Graham O’Neill, Policy Manager at the Scottish Refugee Council, is calling for a group of 6,000 temporary workers to be immediately moved onto the Ukraine family scheme, which has more rights attached. He states:

“We regard the UK government’s lack of action … at this traumatic time as a scandal in plain sight”.

Exploitation of seasonal farmworkers is well documented; the Work Rights Centre published a report earlier this month on the experiences of farmworkers with seasonal work visas in the U.K. facing exploitaiton.

It is our thirst for well-being that is causing a sizable proportion of people’s suffering in Ukraine. We could have threatened to suspend imports of Russian gas and oil from the first moment, and we chose not to. We didn’t want to spend a winter without central heating, and thus condemned millions of Ukrainians to lose their homes or their loved ones. The least we can do now is to do everything in our power (which is a lot) to help out those we abandoned to their fate in the first place.