Ten Million Victims Go Missing from India Slavery Report - FreedomUnited.org
This website uses cookies to improve your experience. We'll assume you're ok with this, but you can opt-out if you wish.Accept Read More
Skip to content
Back to Global News 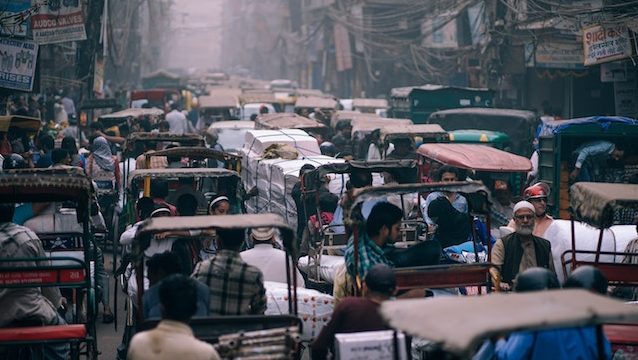 The new 2018 Global Slavery Index reports a significant change in the number of victims of modern slavery in India, dropping sharply to 8 million victims this year. Just two years ago, the reported number was 18 million.

The difference of ten million is attributed to a change in survey methodology according to the Walk Free Foundation, which publishes the GSI.

However, some anti-trafficking campaigners worry that the new estimate is too low, and the abrupt change implies that the Indian government has done exceptionally well in combating the crime.

“This new data could just be interpreted as India tackling the problem well,” said Venkat Reddy of the Mamidipudi Venkatarangaiya Foundation, which works on child rights and slavery issues in India.

“We are diluting the enormity of the problem by not giving the accurate figure.”

The Walk Free Foundation attributed its new, lower estimate to a different method of measuring responses to its survey questions.

The 2018 index included respondents who reported experiencing slavery “on any given day” in 2016 alone, while the previous survey recorded victims who were exploited at any time during the previous five years.

The new calculation also included only those who experienced slavery inside India, which eliminated anyone who suffered exploitation abroad as a migrant labourer.

Chandan Kumar, of the National Campaign Committee for Eradication of Bonded Labour, pointed to a gap between the GSI statistic and the Indian government’s estimate.

“The Indian government itself said it would rescue 18 million bonded workers by 2030. And this does not include victims of forced marriage and sexual slavery, so the numbers are clearly much higher,” Kumar said.

“The figure shows the problem is enormous. We have a better picture of it now,” she said.

Take Action: Chip in to support our work against human trafficking.

One person in slavery is one to many, 8 million even if this lower figure is the true figure is obscene