Solar energy, modern slavery and the just transition - FreedomUnited.org
This website uses cookies to improve your experience. We'll assume you're ok with this, but you can opt-out if you wish.Accept Read More
Skip to content
Back to Global News 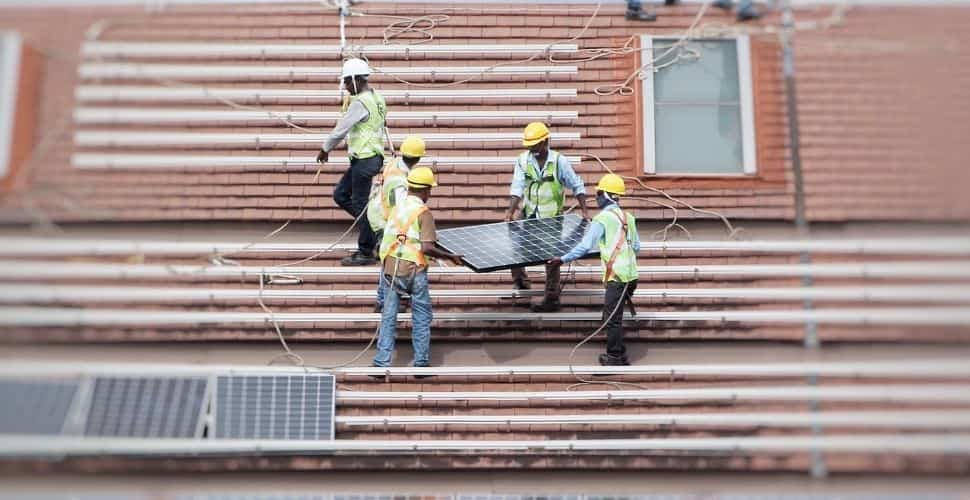 This week Bloomberg disclosed the main conclusions of the report The energy of freedom? conducted by the Rights Lab at the University of Nottingham and supported by the British Academy.

The researchers make it clear that without intervention, the increase in demand for solar energy is likely to worsen conditions for workers.

“The industry needs a clear plan to transition rapidly to slavery-free supply-chains, or those buying ‘slavery-free’ solar may simply end up cross-subsidizing slave-made solar energy sold by the same suppliers to other customers. Whether solar energy will prove to be ‘the energy of freedom’ for consumers alone, or also for workers and producer communities, is yet to be decided.”

Is solar energy an “energy of freedom”  or a driver of modern slavery?

The solar energy generation is projected to grow by 450% by 2030, and there is a risk that the increased demand for solar energy will lead to an increase in forced labor and modern slavery.

In a Twitter thread, Professor Cockayne shares the main findings that once again emphasize China’s role as a major supplier of renewable energy materials: around 40% of the global supply of polysilicon – a critical component of solar panels – comes from the Uyghur Region, where it is reported that the component is produced with state-sponsored forced labor.

Under the Uyghur Forced Labor Prevention Act passed in December 2021, by June 2022 the U.S. will ban all imports of goods with components made with forced labor in China’s Uyghur Region.

However, forced labor can pervade an entire supply chain and reach deep into international markets, thus greenwashing their origin. A transition to renewable energy is absolutely necessary but this must be pursued with strategies that ensure forced labor in mineral extraction and manufacturing is eradicated.

A new method for quantifying the risk of forced labor

The Rights Lab researchers introduced a new method for quantifying the risk of forced labor in a given supply chain by using industry and trade data and a database of social impact assessments: they calculated the accumulated risk of forced labor for solar energy production in the electricity grid in 30 different countries.

The report calls for new collaborative approaches to estimate and manage these risks as they cascade down the energy value chain. It outlines a new way to estimate the forced labor risk per kilowatt-hour of solar energy that a country produces, and thus accounts for all the risks that arise earlier in the value chain.

Join the campaign calling on world leaders to commit to a transition to renewable energy that ensures that forced labor in mineral extraction and manufacturing is eradicated.

While all this is going on, Australia is exporting (or trying to export) the “sinews of war,” that is, iron ore and coal, to the Chinese Communist dictatorship. When will Western politicians learn that helping such Communist dictators, and countries led by former Communists, only ends in slaughter, such as in Uighur country, and in Ukraine?