Reporting Supply Chain Abuses is Not About Shaming Large Corporations - FreedomUnited.org
Skip to content
Back to Global News 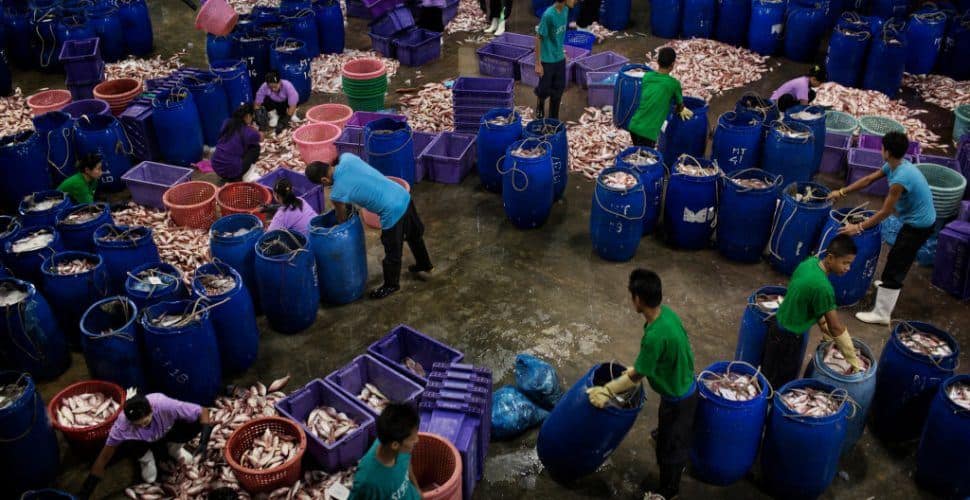 Reporting Supply Chain Abuses is Not About Shaming Large Corporations

A Reuters‘ article today explains how difficult it is to stop forced labor in corporate supply chains, especially when those chains span continents and go down several tiers. Nick Grono who heads the Freedom Fund shares his views on the topic.

“To do so successfully requires real commitment from companies, and robust and sophisticated policies rigorously applied, with transparency and vigilance. It is encouraging to see some big corporates leading the way on this front – most notably on the issue of recruitment fees – and we applaud the commitments of companies such as Nestle and Walmart and Mars, and look forward to their effective implementation. But while some corporates are showing leadership, many are failing woefully to meet their obligations, and thereby condemning workers in their supply chains to ongoing exploitation. “

Here is one such example: Hundreds of thousands of migrant workers from Cambodia and Myanmar are being forced to work in Thai seafood businesses. This has been the case for many years. The injustice has been extensively documented by the Guardian, Associated Press, the New York Times, and many other news sources.  Big companies worldwide have been identified, and it has been reported that they are importing seafood from Thailand to many destinations around the world and that the food was produced with slave labor.

Surprisingly, some of the companies were not even aware of the slave labor in their products.  They were put on notice and many now are at the forefront of tackling these supply chain abuses.