Portugal: How foreign berry pickers become trapped in exploitative jobs
This website uses cookies to improve your experience. We'll assume you're ok with this, but you can opt-out if you wish.Accept Read More
Skip to content
Back to Global News 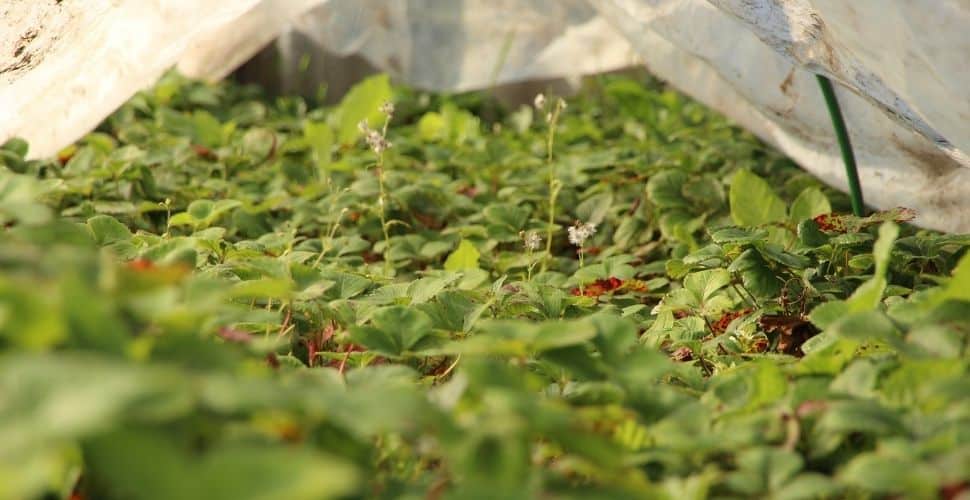 Sagar picks berries for 16 hours a day in over 100℉ heat for less than the legal minimum wage on a farm in Odemira, a rural region of south-west Portugal. He is one of over 10,000 migrant workers who risk exploitation and abuse in Portugal’s $270m soft fruit industry. How are people being trapped in these jobs? The Guardian investigates.

Dreams of the “raspberry passport”

Many workers like Sagar feel they cannot leave their jobs despite the exploitation because their hopes of achieving a European passport are tied to their employment status.

Upon arrival in Portugal, foreigners can apply for temporary residency, regardless of whether or not they entered Europe via regular channels, so long as they can prove they have a valid employment contract and are paying taxes.

Five years after obtaining temporary residency, foreign citizens can apply for citizenship. “The passport is the one big dream. It’s your life-changer,” says Sagar. “It’s the colour of a raspberry, about to fall from the tree.”

Another factor that traps workers in exploitative jobs is debt. Berry pickers told the Guardian that they had paid up to $20,000 to smugglers to help them enter Europe.

“They feel trapped, not only by the legal procedures but also the loans they got to come here and the money they have to pay to the people who brought them,” says Alexandra Pereira, a migration researcher at the University of Lisbon.

One man explained how he had to wade through neck-high rivers to reach Europe on the dangerous route through Serbia. “I didn’t know if I would die on the way,” he said. “It’s a very, very difficult journey.”

Having risked his life to reach Portugal, his current situation fills him with regret. “My heart is broken,” he says. He would return home to India if he could, but first he needs to pay $8,000 to his smuggler.

Many berry pickers are living in inhumane conditions, cut off from society, making it more difficult for them to access help and services. “They have almost no access to the outside world while they’re there,” says Aashima Budal, a PhD candidate at the University of Stavanger.

The Guardian describes the accommodation in which they found interviewees:

Crammed into small cottages by the dozen, they reveal bare mattresses on kitchen floors and bunks in draughty garages. In winter, temperatures at night can drop to sub-zero degrees. One worker says his bunk bed is infested with fleas.

Others sleep in converted shipping containers and pre-fabricated dormitories on the farms. One young woman from Nepal shares a room with up to 10 others, metres from her employer’s office on a farm. Sometimes, she doesn’t leave the property for weeks at a time, she says.

Too scared to protest or report abuse

Foreign berry pickers do not see reporting or organizing against exploitation and abuse as a viable option. Indeed, in June 2018, several workers in Odemira lost their jobs after protesting the conditions. “Afterwards, everyone was scared,” says Sagar. “So the rest, who were thinking to protest, keep on doing the work and following the others, and the same pattern [of exploitation] keeps going on.”

Moreover, workers talk of negative experiences with the police. Sagar told the Guardian he was stopped and assaulted by a police officer in 2018: “It’s the worst experience I’ve had in this country.” When asked why he didn’t report the assault, he said “I didn’t have the courage.”

Footage came out earlier this year showing police violence against foreign citizens in Odemira in 2018 and 2019. One video showed officers forcing a man to inhale pepper gas. The national guard has assured the Guardian that the officers implicated in the footage are facing disciplinary proceedings.