New U.S. Policy Restricts T Visas for Immigrant Trafficking Victims - FreedomUnited.org
This website uses cookies to improve your experience. We'll assume you're ok with this, but you can opt-out if you wish.Accept Read More
Skip to content
Back to Global News 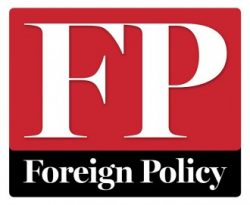 US immigration officials have issued new guidelines that will make immigrant victims of human trafficking more vulnerable to deportation.

The new policy, issued by U.S. Citizenship and Immigration Services (USCIS), will affect both foreigners who were trafficked to the US for forced labor or sexual exploitation.

Under the previous US policy, immigrant victims of trafficking could apply for T visas, special permits that would allow them to stay in the country to work and access benefits while cooperating with police investigations against their traffickers.

Even in cases where a T visa was denied, immigration authorities usually did not act to immediately deport immigrants.

But under the new guidelines, denial of a T visa will trigger an automatic summons for a hearing before an immigration judge — known as a “notice to appear.” Legal experts say such a notice effectively marks the start of the deportation process.

The change marks one more way the Trump administration is making it harder for immigrants and asylum-seekers to remain in the United States, even when their immigration is motivated by or bound up with traumatic ordeals.

The policy is spelled out in a USCIS memo dated June 28. It states that “USCIS will issue [a notice to appear] where, upon issuance of an unfavorable decision on an application, petition, or benefit request, the alien is not lawfully present in the United States.”

Bruggeman added, “Under previous policy, as a routine matter, T visa applicants were not referred [to immigration authorities].”

“What we tell applicants now: If your story is not presented perfectly, if you can’t convince someone immediately that you are a trafficking victim through your application, you have this one opportunity and then if you are not able to do it you will be deported.”

Alicia Kinsman, a Connecticut immigration lawyer, says the new policy is placing major burden on victims of trafficking to prove their exploitation.

“The office that processes these cases has been denying [more petitions] and requesting more evidence, specifically [for] T visas, requiring more and more documentation that often doesn’t exist,” she said.

Some law enforcement authorities also disagree with the new guidelines, worrying that they will prevent immigrant trafficking victims from coming forward.

“We’ve spent many, many years building trust with our immigrant communities, working with agencies and nonprofits to put together very clear messaging that when we are dealing with victims of crime, we don’t differentiate or ask questions about citizenship,” said San Diego County District Attorney Summer Stephan.

“We’re hearing now there is reluctance to come forward and there is fear that their immigration status could result in unintended consequences,” she said.

None of what Trump does surprises me anymore, it just disgusts me. I said when he was elected that he would ruin not just the USA but the whole world. This mad man needs stopping before it is too late.