Mobile 18-Wheeler Exhibit Educates Truck Drivers About Sex Trafficking - FreedomUnited.org
This website uses cookies to improve your experience. We'll assume you're ok with this, but you can opt-out if you wish.Accept Read More
Skip to content
Back to Global News 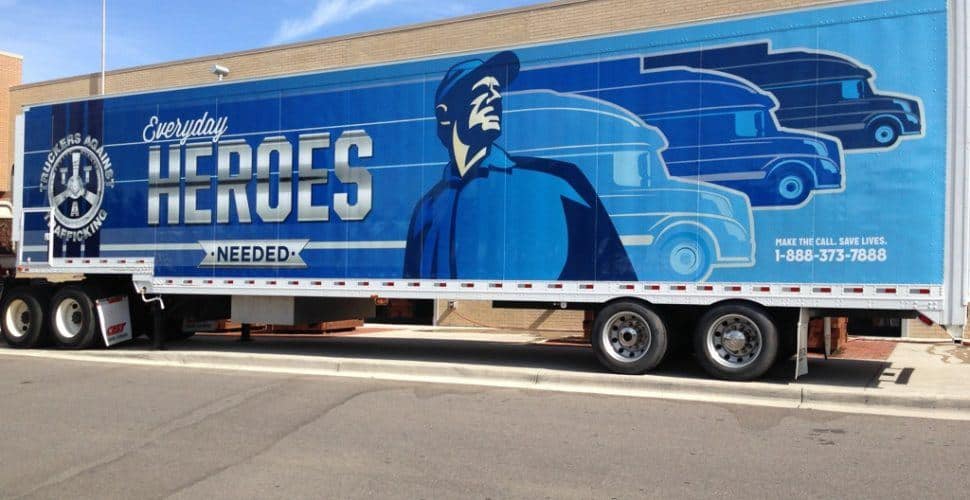 Truckers Against Trafficking (TAT) is a nonprofit that exists to educate, equip, empower, and mobilize members of the trucking and travel plaza industry to combat domestic sex trafficking.

The Freedom Drivers Project, a first-of-its-kind mobile exhibit was created to educate members of the trucking industry about the realities of sex trafficking in the U.S. TAT knew there was still a huge need in funding to cover the cost of gas, paying the driver, toll fees, truck maintenance, and more for this 18-wheeler.

Thanks to 51 members of ENDCrowd and one generous matching sponsor, eAccountable, the TAT staff watched their campaign exceed its fundraising goal of $10,000 in less than 90 days.

In February 2015, The Freedom Drivers Project left for Jacksonville, FL where 300 people toured the exhibit and an additional 200+ drivers became Certified Truckers Against Trafficking. In March 2015, The Freedom Drivers Project was featured at the Mid-America Trucking Show—the LARGEST trucking show in the world. Over 1,800 people toured the exhibit and 5,000 trucking industry members were educated.

We can’t wait to see where they pull up and make an impact next.