As ISIS Declines, Child Slave Trade Persists - FreedomUnited.org
This website uses cookies to improve your experience. We'll assume you're ok with this, but you can opt-out if you wish.Accept Read More
Skip to content
Back to Global News 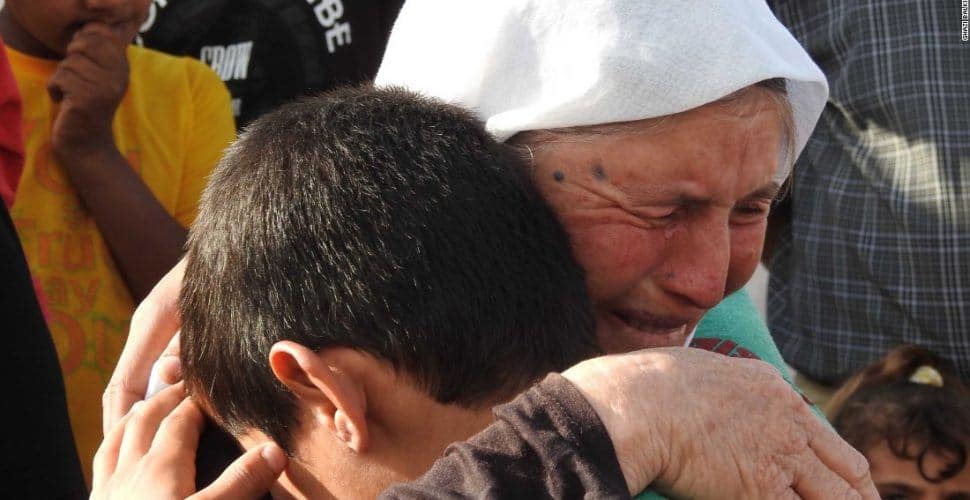 Lazem is a four-year-old playing on a corner of waste land, alone with no one to speak to. He is finally safe, but up until a few days ago, he didn’t even know his name. As a toddler he was taken by ISIS fighters from his family, members of the Iraqi religious minority known as the Yazidis. CNN explains:

“When ISIS fighters overran northern Iraq’s Sinjar province in August 2014, pillaging towns and villages. Thousands of Yazidi men were killed at the terror group’s hands; women and children from the community were captured and sold. Three years on, ISIS’ slave trade continues to prosper, even as the extremist group’s power and influence wane.”

Another child, 11-year-old Marwan, was captured at Mount Sinjar, where a major Yazidi massacre occurred at the hands of ISIS. He was bought and sold 11 times as a servant and a soldier. He was sent to fight on the front lines of war and taught how to use an RPG, a Doshka, a pistol, and a grenade.

Yazidis began to be sold by ISIS at bazaars, with men, women, and children being purchased and forced into servitude. CNN reports that the Kurdistan Regional Government (KRG), a semi-autonomous body that governs Kurdish-controlled regions in northern Iraq, is spending millions of dollars to secure the release of these Yazidi slaves.

Rescued Yazidi boys like Lazem and Marwan have few options for counseling and rehabilitation. Some of them have been indoctrinated by ISIS to hate their own communities.

Yet for Marwan, being reunited with his family after three years in slavery was extremely emotional. “When I saw my mother, I cried tears of joy,” he said.