Child Soldier Reclaims Her Life - FreedomUnited.org
Skip to content
Back to Global News 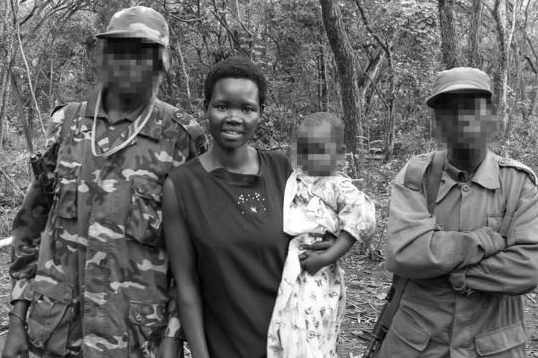 Child soldier reclaims her life.  Just weeks before her 12th birthday, Amony was taken from her village in Northern Uganda by the Lord’s Resistance Army. For the next 11 years, she suffered unimaginable hardships.  She was forced to march long distances through mountains, beaten if she fell behind, forced to marry at 14, and gave birth to three of that man’s children…

Then in 2005, Amony was part of a group captured by government forces and she was brought back to her family. Then began her journey to recovery.  And that child soldier reclaims her life.

Amony is now the chairperson of the Women’s Advocacy Network.  It is a group that aides women affected by war.  She is also the author of a book about her experiences.  I Am Evelyn Amony. She traveled to New York this week for a meeting about helping women and girls in conflict.  The meeting was set up by U.N. Women, the International Center for Transitional Justice, and the Liu Insitute for Global Issues of the University of British Columbia.

This author through an interpreter, interviewed Amony to learn how a child soldier reclaims her life.  How did she pick up the pieces after her abduction?

A few years after your release from the LRA you started using a recorder to keep an oral diary of your day-to-day experiences as well as your memories of your time in captivity. You started every entry with the words, “I am Evelyn Amony.” Why?

It was part of adjusting and getting back to my original self. When I was abducted, I had to use a fake name because if you used your real name the LRA might trace your relatives back home and wreak havoc there. So from the very first day I gave them the fake name “Betty Ato.” When I returned home my relatives were still calling me Evelyn Amony. But I was so used to being Betty Ato. It took me some years to start feeling that sense of, “OK, I am Eveyln Amony. I’m not Betty Ato.”

Who is Evelyn Amony and how is she different from Betty Ato?

When I was in the jungle and I was called Betty Ato, I only used to have bad experiences. I used to see only bad things. But the Evelyn Amony that I am today, well … just look! Right now I’m in New York City!

Evelyn Amony is a happy person?

But it sounds like it took a while to get to that point. And the process of recovering was made more difficult by some of the reactions from people after you were freed. What was the most hurtful or ignorant thing they would say to you?

They would ask me questions like, “Why didn’t you return sooner? You must have taken so long because you loved Kony.” Such questions made me feel so hurt. They just wouldn’t understand what life was like when I was there [with the LRA].

They didn’t get how difficult it was to escape?

Yes. You know, some people were abducted when they were older, and they had the ability to trace directions and return home. But I was abducted when I was very young, and I couldn’t tell that if you take this route you can reach home. So it was hard for me to escape. Also, you know the LRA has so many tactics. They used to tell us if you escape and go back home you will be killed. When a girl tried to escape and she was gang-raped and maybe killed by Ugandan government soldiers they would call all the younger girls to come and see it — to say, “See if you try to escape this is what will happen to you.” And there were people who tried to escape and were caught [by the LRA] and killed. Very ugly scenes, that if you’ve seen that you decide to stay with the LRA and not try to leave.

To read the entire article, a child soldier reclaims her life, click the link below.