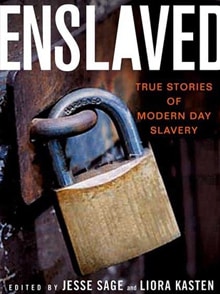 Today, millions of people are being held in slavery around the world. From poverty-stricken countries to affluent American suburbs, slaves toil as sweatshop workers, sex slaves, migrant workers, and domestic servants. With exposés by seven former slaves–as well as one slaveholder–from Southeast Asia, Africa, Europe, the Middle East, and the United States, this groundbreaking collection of harrowing first-hand accounts reveals how slavery continues to thrive in the twenty-first century. From the memoirs of Micheline, a Haitian girl coerced into domestic work in Connecticut, to the confessions of Abdel Nasser, a Mauritanian master turned abolitionist, these stories heighten awareness of a global human rights crisis that can no longer be ignored.